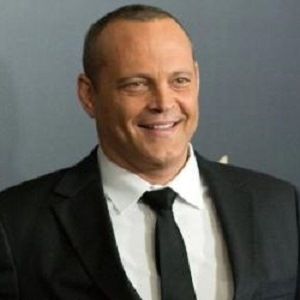 The best thing as an actor, the best tool you have is your imagination. That you kind of take things that have happened, and then go and expand on them. However small it is, you use your imagination to create what that reality is. There's something kind of fun when you're not old enough to do anything, driving a car, getting into a bar, drinking, going to a party you don't belong to, something when you're young in that innocent way.

We were out of work actors who played a lot of video games, so we were sort of surprised that Swingers was seen as cool. I think any cool in it was a geekiness, an awkwardness that most people can relate to.

Vince Vaughn is a married man. He started dating actress Joey Lauren Adams in 199 7 after they met on the set of the movie A Cool, Dry Place (1998). The couple stayed together for nearly 11 months, but then they decided to split up in 1998. Then, he commenced dating the famous actress Jennifer Aniston in 2005 with whom he appeared in the film The Break-Up in 2006. Whereas, their romance lasted for about 18 months until December 2006.

Similarly, he dated Einas Ashgar in 2007, but they spilled up. Moreover, he began dating the Canadian real estate agent Kyla Weber. During 2009, it was reported that the couple got engaged. After only 10 months of their engagement, they got married in a private ceremony in Lake Forest, Illinois on January 2, 2010. The couple has one daughter and one son namely, Locklyn Kyla Vaughn and Vernon Lindsay Vaughn.

Who is Vince Vaughn?

Vince Vaughn is an American actor, producer, screenwriter, and comedian. In the late 1980s, he appeared in minor television roles before attaining wider recognition with the 1996 comedy-drama film Swingers. Similarly, he has also appeared in a number of films in the 1990s, including the sports film Rudy (1993), the sci-fi adventure dinosaur film The Lost World: Jurassic Park (1997), and the drama-thriller Return to Paradise (1998).

He is a People’s Choice Awards winner.

Similarly, he was raised in Buffalo Grove, Illinois, where he played football, baseball and wrestled. However, he calls himself “unathletic” and “very average” at high school sports.

On talking about his education, he graduated from Lake Forest High school in 1988. Whereas, he used to play several sports like football, baseball, and wrestling.

On talking about his profession, he got an opportunity to appear in a television commercial for Chevrolet in 1988. Inspired by this incident he also packed off and left for Hollywood to become an actor. Likewise, he also made his film debut in 1993 playing Jamie O’Hare in the sports film Rudy.

In addition, the famous director Steven Spielberg was impressed by Vince’s performance in Swingers and cast him in the movie The Lost World: Jurassic Park in 1997. Whereas, his role as Nick Van Owen got him widespread exposure. Then, he returned to action in 2000 with the psychological thriller The Cell as FBI Agent Peter Novak, which also co-starred Jennifer Lopez. Also, in 1998, he starred in the movie Psycho. During 2001, he co-produced and starred in the comedy Made which was written and directed by his friend Jon Favreau.

Additionally, he also produced or co-produced a lot of movies during the later part of the decade, the major ones being Fred Claus(2007), Four Christmases(2008) and Couples Retreat(2009). Therefore, his more recent movies include The Dilemma(2011), Lay the Favorite(2012) and The Internship(2013). In 2018, he co-starred alongside Mel Gibson in Dragged Across Concrete, his second collaboration with S. Craig Zahler.

Vince Vaughn is a cultural icon, having been featured on the cover of at least 15 magazines, captured in more than two pictorials and even interviewed in more than 15 publications and featured in 7 magazine articles.

Recently, he and Kathryn Newton are in talks to star in Blumhouse’s untitled body-swapping thriller with Chris Landon as the director.

There is no information regarding his income, salary. Whereas, his net worth is around $50 million. Also, he has houses in different places. He had a house with an enormous price tag of $24.7 million. He put them up for sale by splitting them into three parts. He finally sold the larger of the two, which features two levels, for $8 million. The second is up for sale.

There was a controversy that, he was arrested for drunk driving and resisting arrest. He even said that guns in schools will prevent mass shootings. In an interview, he claimed that  American citizens should be owning guns to ‘resist the supreme power of a corrupt and abusive government’. This created some controversy.

On talking about his body measurements, Vince has a height of 6 feet 5 inches. Additionally, his weight is 100Kg. Furthermore, his chest, waist, and biceps sizes are 43-36-15 inches respectively. Vince’s hair color is dark brown and his eye color is light brown.

Also, read the affair, salary, the net worth, controversy, and the bio of Chris Santos, Wentworth Miller, Jennifer Aniston.

Peter Billingsley and Buffy Bains: Engaged!! Still not married even after two years of Engagement! Why? Are they Still together?