Vincent Herbert is an American songwriter, record producer, and record executive. He is best known as the founder of Streamline Records, an imprint of Interscope Records. 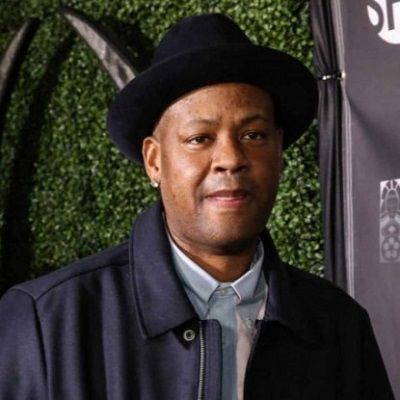 What is the relationship of Vincent Herbert?

Previously, he was married to Tamar Braxton on 27th November 2008. His ex-wife is an American singer, actress, and TV personality. In 2013, they had a son Logan Vincent Herbert.

Their marriage did not work out and Tamar filed for divorce. Their divorce finalized on 26th October 2017.

Who is Vincent Herbert?

Vincent Herbert is an American songwriter, record producer, and record executive. Vincent is best known as the founder of Streamline Records, an imprint of Interscope Records.

In 2017, he composed 4 to the Floor Presents Movin’ Records.

Vincent Jerone Herbert was born on 27th January 1973 in Newark, New Jersey, USA. His father and mother’s name is unknown.

When he was 10 years old he started having an interest in music. Vincent studied at the Cambridge Chris in Tampa, Florida for grades 8-12.

He and his ex-wife co-starred in their WE TV reality series Tamar & Vince. It is a spinoff of her family’s reality show Braxton Family Values. It premiered on 20th September 2012.

Likewise, he served as an Executive Producer on Tamar’s second studio album Love and War. It was released for his record label Streamline Records and that coincided with its parent label Interscope Records and Epic Records.

In the year 2011, he was nominated for the Primetime Emmy Awards for Outstanding Variety, Music or Comedy Special in Lady Gaga Presents The Monster Ball Tour at Madison Square Garden.

The estimated net worth of Vincent is $3 million US. As a songwriter, he earns around $65,033 US.

In April 2013, Vincent and his ex-wife Tamar bought a mansion for $10.5 million in Calabasas, California.

Vincent Herbert has a decent weight and height. He has black hair and eyes.