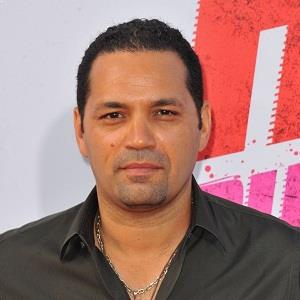 What is the relationship of Vincent Laresca?

Vincent Laresca is possibly single. There isn’t any data with respect to his sentimental relationship undertakings. His own life isn’t in the spotlight as his career path is.

Vincent Laresca is an American well-known actor. He is famous as an actor who has appeared in movies including ‘The Devil’s Advocate’, ‘Empire’, ‘The Fast and the Furious: Tokyo Drift,’ and much more.

Versatile actor Vincent Laresca was born in New York City, New York on 21 January 1974. He is of Panamanian and Italian ethnicity and has an American nationality.

He was nicked and named Vinnie the Kid. There isn’t much information regarding his personal life. He hasn’t much revealed about his early life and parents. His personal life isn’t in the limelight as his career path is.

He hasn’t much revealed about his education.

Vincent Laresca began his career journey in the entertainment field in 1992 and he is still active in it. He debuted in the movie ‘Juice’ portraying the character of Radames opposite gangster rapper Tupac Shakur in 1992.

He started acting in the entertainment field at the age of 17.

Since his debut movie, he has been quite known to the people and has guest appeared in various television series including Persons of Interest, Suits, Blue Bloods, New York Undercover, The Cosby Mysteries, The Real Blonde, NCIS: Los Angeles, CSI: New York and The Good Wife.

From onwards, he appeared in the supporting role in the short-lived Fox ensemble drama 413 Hope St. in 1997. Then he continued working in supporting roles on 24, CSI: Miami, and Weeds.

However, her salary is unknown. Seeing his performance in this field we can assume that he earns a good salary.

Unlike other celebs, he has neither been in rumors nor suffered a controversy in his life.

How tall is Vincent Laresca?

Vincent Laresca has black hair and dark brown eyes. He has a height of 5 ft 11 inches with an average weight.