Viola Davis is a married woman for a long time. She is married to actor Julius Tennon. The couple got married on 23 June 2003. They have an adopted daughter named Genesis Tennon, whom they adopted as a newborn in October 2011. Davis has a stepson and a stepdaughter from Tennon’s previous relationships. The couple has been married for 14 years now and their relationship is going very well. There are no any other records of her past and present relationships. 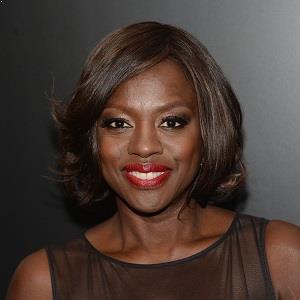 There's no prerequisites to worthiness. You're born worthy, and I think that's a message a lot of women need to hear

The predator wants your silence. It feeds their power, entitlement, and they want it to feed your shame

Your ability to adapt to failure, and navigate your way out of it, absolutely 100 percent makes you who you are.

Who is Viola Davis?

Viola Davis is an American actress and producer. She is best known for the portrayal of lawyer Annalise Keating in the ABC television drama How to Get Away with Murder (2014-present). She is also famous for playing Amanda Waller in the superhero action film Suicide Squad and reprised the role of Rose Maxson in the film adaptation of Fences.

For her role in Fences, Davis won the Academy Award for Best Actress in a Supporting Role. She is the only African-American woman to be nominated for three Academy Awards. She is also the only black actress to win the Triple Crown of Acting.

Viola Davis was born on 11 August 1965, in Saint Matthews, South Carolina, USA. She is the daughter of African-American parents Mary Alice Davis and Dan Davis. She is the second youngest of six siblings. Her father worked as a horse trainer and her mother was a factory worker and homemaker. Her mother was an activist during the Civil Rights Movement. Viola is an American by nationality and belongs to African-American ethnicity.

Davis completed her high school education from Central Falls High School.  During her teenage time, she got involved in many programs such as TRIO Upward Bound and TRIO Student Support Services. After high school, she attended Young People’s School for the Performing Arts in West Warwick, Rhode Island. From there, she graduated in 1988. After that, she attended the Juilliard School in 1989 and graduated in 1993.

Davis began her acting career in the mid-1990s. Her first acting role was in the 1996 movie The Substance of Fire. She then earned her Screen Actors Guild card for playing a nurse in the film. She made her TV acting debut in an episode of NYPD Blue (1996). Davis first rose to fame after playing Nurse Lynnette Peeler in the TV film City of Angels (2000).

In 2001, she played the character Tonya in King Hedley II, for which she won the Tony Award and a Drama Desk Award. In 2004, she won another Drama Desk Award for her work in the off-Broadway production of Intimate Apparel by Lynn Nottage.

Since then, Davis has appeared in numerous movies and TV films. In 2008, she portrayed the character Mrs. Miller in the film adaptation to the Broadway play Doubt. For her performance, she was nominated for a Golden Globe and an Academy Award for Best Supporting Actress. She was inducted into The Academy of Motion Picture Arts and Sciences in 2009.

Davis has appeared in many TV films and series including Century City (2004), Life Is Not a Fairytale: The Fantasia Barrino Story (2006), and Jesse Stone: Sea Change (2007). Since 2014, she portrays the lead character Professor Annalise Keating in the series How to Get Away with Murder.

Davis portrayed the character Amanda Waller in the superhero action film Suicide Squad (2016). That same year, she reprised the role of Rose Maxson in the film adaptation of Fences. For her role in the movie, she won the Academy Award for Best Supporting Actress.

Moreover, she won the BAFTA Award, Critics’ Choice Award, SAG Award and Golden Globe Award for Best Supporting Actress for the same movie. She will be appearing as Veronica in the upcoming movie Widows (2018).

Click here to know about the director for the upcoming movie, ‘Suicide Squad 2’, Gavin O’Connor

Chantel Jeffries
Tags : Actress Fences How to Get Away with Murder Producer Suicide Squad