Violet Elizabeth McGraw is a child actress of 'Ready Player One' released in 2018. 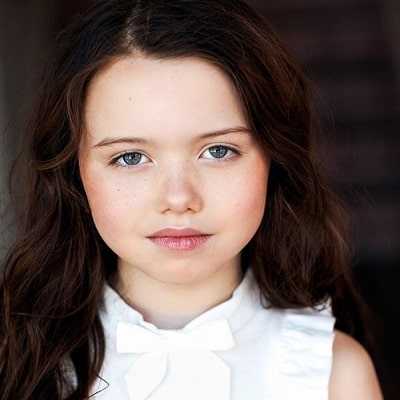 Who is Violet Elizabeth McGraw?

Violet Elizabeth McGraw is an American child actress who is best known for her role in the film ‘Ready Player One’ released in 2018.

She was born in the United States on the 22nd of April, 2011. She was born as Violet Elizabeth McGraw. Her passion for acting led her to achieve so much at such an early age.

Violet McGraw is the daughter of Colin McGraw and Jackie McGraw. Violet grew up in the United States with her parents. They have been sailing a longtime marital relationship since 23 October 2004. In the family, Violet has three siblings, a brother named Jack McGraw, and twins Madeleine McGraw and Aidan McGraw.

She debuted her career in the TV industry with the role of Nina on the series Love in which she was well-appreciated. The role led her to other television series appearances. She made her film career debut in 2018 in the movie ‘Ready Player One’ directed by Steven Spielberg, a professional of his craft. In addition, she appeared in 2019 horror, Separation.

Moreover, she has starred in commercials for different companies, brands and also has bagged several credits in the acting industry.

Likewise, her sister Madeleine is a TV actress known for her role as Amber Barnes in the show Outcast. Her brother Jack, aged 12 is a voice actor and has voiced the character of Young Arlo in the 2015 flick The Good Dinosaur.