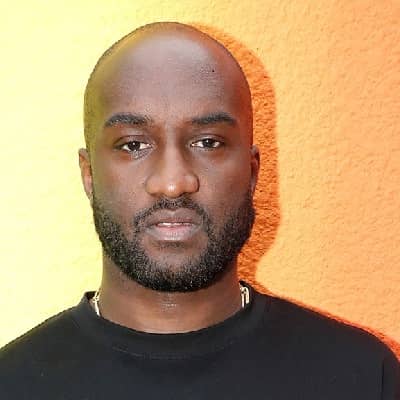 Virgil Abloh is a married man. He gets married to his high school lover, Shannon Sundberg.

The couple tied the knot in 2009. Also, they were blessed with two children named Grey Abloh and Lowe Abloh. Currently, he lives in Chicago with his wife and children.

Moreover, he keeps a low profile when it comes to his personal life.

Who is Virgil Abloh?

Virgil Abloh is renowned as an American designer, entrepreneur, and DJ. The designer is better known as the artistic director of Louis Vuitton’s men’s wear collection.

Furthermore, he is the CEO of Milan-based label Off-White, a fashion house established in 2012.

Virgil was born on September 30, 1980, in Rockford, Illinois. He is of American citizenship and belongs to Ewe descent of the Volta region in Ghana.

He was born to his father Nee Abloh and Eunice Abloh. They basically came to the United States from Ghana.

His father served as a manager of a paint company whereas his mother was a seamstress. He has a sister named Edwina Abloh.

Abloh attended Boylan Catholic High School and graduated in 1998. Then, he joined the University of Wisconsin-Madison and received a degree in civil engineering in 2002.

Similarly, he earned a Master of Architecture from the Illinois Institute of Technology in 2006. While attending IIT, he designed a t-shirt and also wrote a blog, The Brilliance.

After graduation, he interned at Fendi in 2009 where he met rapper Kanye West. Then, they began a collaborative relationship and starts making several stunning creations that caught the eyes of the Louis Vuitton CEO, Michael Burke.

The following year, West hired Abloh as the creative director of his label and also named him as the artistic designer for his album’s cover, Watch the Throne which was released in 2011.

In 2012, Abloh started his first company, Pyrex Vision. A year later, he closed the company as he did not intend it to be a commercial enterprise but as an artistic experiment. Then, he founded his first fashion house and second business, Off-White a multi-platform creative endeavor based in Milan in 2013.

After that, he lunches his men’s and women’s collection in the 2014 Paris Fashion Week. In the same year, he listed as a finalist for the LYMH Prize but hasn’t won the grand prize.

On March 25, 2018, Abloh named the artistic director of Louis Vuitton’s menswear collection. He showed his first collection for Louis Vuitton at the 2018 Men’s Fashion Week at the Palais-Royal gardens in Paris.

Since then, he has been in high demand for his designs, creating an original outfit designed. Also, his artworks have been a subject of an exhibition at the Museum of Contemporary Art in Chicago.

Similarly, he was appointed to the board of directors of The Council of Fashion Designers of America in 2019.

Abloh interested in DJing since his teens. He has played at Hi Ibiza and Tomorrowland. In January 2018, he released his first single ‘Orvnge’ with German DJ/producer Boys Noize.

In May 2019, he collaborate with Pioneer, a maker of DJ consoles in the design of its transparent CDJ-2000NXS2 and DJM-900NXS2 models. He has also designed the original cover for Pop Smoke album, Shoot for the Stars, Aim for the Moon released in June 2020.

In mid-2020, Abloh faced criticism during the George Floyd Protests after he posted a screenshot showing that he had made only a $50 donation to a community bond fund for arrested protesters in Miami, Florida on his social media.

As of 2021, Virgil has an estimated net worth of $20 million throughout his multiple profession. His annual salary is around $3 million per year through Louis Vuitton.

The designer stands at the height of 6 feet 2 inches tall and weighs 85 kg. He has a black pair of eyes color and had black hair but now he prefers to keep his hair shaved.

Moreover, he hasn’t referenced his other body stature.

He is also active on Facebook with more than 22k followers.