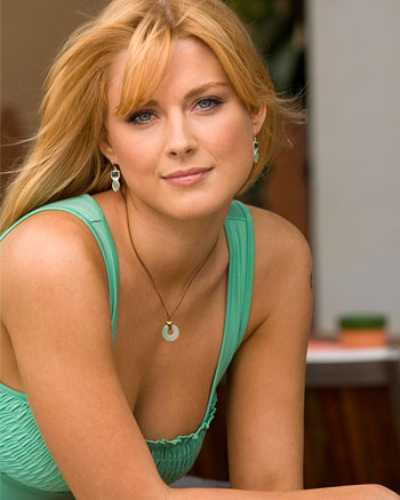 Alexandra Breckenridge is famous for her role as the main character, Mel Monroe in a romantic series, Virgin River. Over the years, she has risen to fame with her incredible acting in numerous movies and series. On Virgin River, she sparked a relationship with bar owner Jack Sheridan (Martin Henderson).

After seeing her chemistry on-screen, her fans are wondering if she is married in real life too. Know more about her relationship, and personal life.

Inside the life of Alexandra

Alexandra was born on May 15, 1982, in Bridgeport, CT. She is 5 feet 7 inches which makes her 1.7 meters. During her childhood, she had to move to various places. Finally, she moved to Los Angeles in the end. During her teenage, she found her interest in acting, photography, and singing.

The 38-year-old American actress started her career in the early 2000s. Most of her fans recognize her for her role as  Jessie Anderson in AMC’s The Walking Dead. In 2019, she joined the cast of Virgin River as Mel. The urge of acting began on her while she was just 13. She began acting in local theater productions at an early age.

To those who are wondering if Alexandra is married in her real life, she is. She married guitarist Casey Hooper in September 2015. Just a year later, the couple welcomed their first child together, their son. In 2017, they welcomed their daughter together.

Unlike many celebrities, she had an intimate wedding ceremony at Dunton Hot Springs in Colorado. They invited their close friend and family to their wedding. They had their ceremony in the middle of the field with some fireworks at the end. Some beautiful rolling hills and mountains surrounded the venue.

Her husband, Casey has worked with some big celebrities like Katy Perry on her world tour. He has also played for Steve Perry and SurfMaster. Alexandra currently resides outside Atlanta with her husband and children.

“We wanted our children to grow up in a place where they could play and ride their bikes that didn’t feel like a big city.”

Before the release of Virgin River season 2, she revealed she moved to a very tiny town that has just around 500 people. Talking about living in a small town, she said:

“That was actually a really hard transition for me because I was so used to living in a city and having everything at my fingertips. Now I live in a town where I have to drive at least 25 minutes to the grocery store, it was an adjustment but it was an adjustment that has been so wonderful for me.”

You may also read- Jordan Wiseley and Tori Deal split a year after engagement!

Alexandra Breckenridge is an American actress, photographer, and voice actress mostly known for teen comedy films,  Big Fat Liar (2002) and She’s the Man (2006). Furthermore, she is known as a reporter Willa McPherson in the series Dirt (2007). See more bio…

You may also read- Who is Amatus Sami-Karim? Insight on her happily married life with Mahershala Ali!