Virginia Donald is an American TV personality and socialite. She is the former wife of American anchor and journalist Shepard Smith.

Virginia is the long-suffering ex-wife of Shepard Smith. They met when they were both studying at the University of Mississippi.

It is claimed that it was Shepard who had a crush on Virginia and despite doubts about his sexual orientation, he and Virginia decided to get married.

They married 1987 after dating for several years. Their married life was a happy one, albeit without children. However, Shepard and Virginia separated and then divorced in 1993.

Shepard hadn’t openly revealed his orientation and yet in 2011, Smith was revealed to be in the 6th position on Out Magazine’s annual list of the 50 most powerful gays and lesbians.

It was only in 2017 that Shepard disclosed he is gay and currently dating a fellow Fox News staff named Giovanni Graziano after his divorce with Virginia. 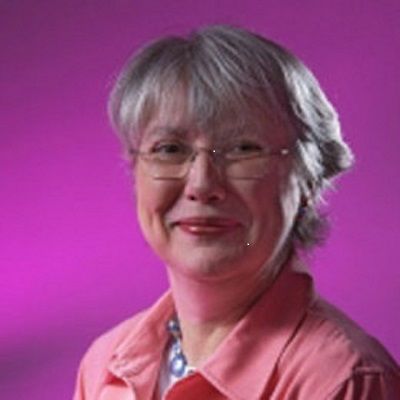 Who is Virginia Donald?

Virginia Donald is an American, and from Mississippi, USA. She is even more renowned as the former wife of American anchor and journalist, Shepard Smith.

Shepard Smith is an American broadcast journalist. He joined the Fox News Channel at its 1996 inception and is known for his former role as the chief anchor and managing editor of its breaking news division. Smith is the former host of Fox News’ evening newscast.

Virginia Donald was born in Mississippi, USA, and has Caucasian ethnicity. Details about her birthdate, father, and mother are unknown.

She graduated from the University of Mississippi.

Her alma mater is Meek School, University of Mississippi, and she is remembered as one of the sweetest students in the University.

Her Roots-Life in Ole Mis

In Virginia’s world, Mississippians and Southerners look you in the eye. They are always dressed in khakis and starched white shirts, and everybody does what everybody else does and is usually drunk by 10 p.m.

Whereas life for Shepard in New York was like:

“… on top of that, I was also trying to avoid what having a normal social life is. I didn’t need to go home and find my girlfriend or boyfriend. I just cut it off (and asked my boss), ‘Where do you want me? Next plane?’”

Three years after their divorce, Smith moved to New York in 1996, to work for Fox News.

Shepard initially struggled with and pondered about his sexuality but later during 2008-2009, he finally accepted what he was after a meeting with Psychologist George Weinberg.

A fierce critique of President Trump, Shepard Smith had previously told clarionledger.com that his sexuality was a non-issue.

He had also expressed his initial fears about his coming out as gay, stating,

A. You’re going to hell for it. B. You’ll never have any friends again. C. What are you going to tell your family? And by the way, you’re on television on the craziest conservative network on Earth,’ said Smith.

For Virginia, her acceptance of Smith’s metamorphosis is an anomaly. She did not grieve and did not fight it.

She accepted Shepard Smith as husband as he was so many years ago. Virginia saw what was coming and when it did, Virginia bowed out gracefully.

She has an average weight and height. She has light hair and has light brown eyes.

You may also want to read about the biographies, single and marital status of Alexis Maas, Exton Elias Downey, and Andrea Tantaros.