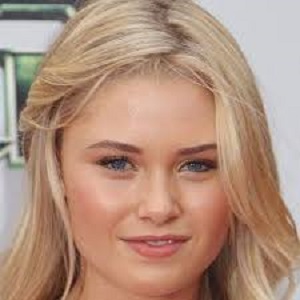 Virginia Gardner is currently single. Previously, she dated actor Graham Patrick Martin from 2013 to 2017. They often used to post their pictures and they also openly tweeted about their relationship. But, they broke up after four years of relationship.

After that, she dated actor Graham Rogers in 2017. They used to attend several award ceremonies and celebrity functions together but they also broke after a year. Currently, she lives with her dog and she often shares pictures on Instagram.

Who is Virginia Gardner?

Virginia Gardner is an American actress and model. She is widely recognized for her role as Karolina Dean in the Hulu original series ‘Marvel’s Runaways’ in 2017. She is also well known for her role as Vicky in the horror film ‘Halloween’ in 2018.

She was born on April 18, 1995, in Sacramento, California, USA. Her birth name is Virginia Elizabeth Gardner and she is currently 24 years old. Her father’s name is Chuck Gardner and her mother’s name is Sarah Gardner. She has got an older brother named Chas Gardner.

Virginia holds American citizenship and her ethnicity is German, Dutch, English, and Welsh.

She joined Sacramento Country Day School until the eighth grade and in 2011, she joined online schooling after moving to Los Angeles, but she chose to take the California High School Proficiency Exam and gave the test in October and passed the following month.

During her initial phase of career, she lived with her mother for a year and after becoming more successful, she decided to live on her own in her own apartment. Then, she appeared in the Disney Channel series ‘Lab Rats’ and she took a break for a year and began modeling. As she was thinking to quit acting as she was offered so many offered in modeling, she heard about the audition of ‘Glee’ and dropped the idea of leaving acting.

In the audition, she was selected for the role of Katie Fitgerald/Marissa and she made her appearance for two episodes in the series. During her modeling career, she worked with popular brands like ‘Love Culture’, ‘HP’, ‘Kohl’s’, ‘Hollister’, ‘LF’, and ‘Famous Footwear’.

She also appeared in the series like ‘How to Get Away with Murder’, ‘Law & Special Victims Unit’, ‘Zoo’, etc. She made her recognization much higher after she appeared in the American found footage science fiction thriller film ‘Project Almanac’ in 2015 in which she portrayed the role of Christina Raskin.

Recently, she appeared as Iris in ‘Monster Party’ in 2018 and as Aubrey in ‘Starfish’ in 2019. Also, she will be appearing as Catlin in ‘Likes’, and as Amanda in ‘All the Bright Places’ in 2019. In addition to that, she is portraying the role of Karolina Dean in ‘Marvel’s Runaways’ since 2017.

She has an estimated net worth of around $1 million and she has earned that sum of money from her professional career. Also, she earns around $15k to $18k per episode.

She seems to be very secretive and she does not want to harm other persons in her career. Also, she has not been involved in any rumors and controversies in her career.