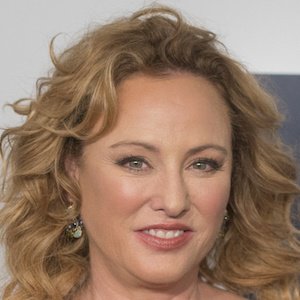 When you say no a lot as an actor, you're going to go broke, and that's been the hardest thing to go through in the last 10 years. Being a single mother and having financial problems is a nightmare.

I laugh when I hear someone talking about an actress "making such good choices." Yeah, well, she was probably broke! Or she's being supported and doesn't have to worry about it. And I hope that people keep that in mind when an actor suddenly does a movie for the Sci Fi Channel that is maybe not "important." We've got to make a living. People are going to do the "pay the rent" movie once in a while. The important movies don't pay well. They're for scale, or even worse, something they invented called "independent scale," in which case it's like it's costing me money to make the movie. You're getting $500 per week, before taxes and American Express is calling. So it is our job. It's how we make our living, and you don't always have the luxury of making a movie like Sideways (2004). I even got paid well to do that! Especially for me, at the time. [interviewed by Russ Fischer, CHUD.com, February 2007]

Playing "Lisa" in Fire with Fire (1986) is a perfect example of how I am, intense, impulsive, full of love and ready to risk it all if I have to. Playing her was incredibly easy, as everything was just so natural.

Virginia Madsen is currently single. She was previously married to actor and director Danny Huston on September 2, 1989. They met for the first time on the set of ‘Mr. North’ and since then, they began dating. But, the couple could not hold the relationship and end with divorce in 1992.

Then, she began dating Antonio Sabato Jr. from 1993 to 1998. The pair welcomed a son named Jack Antonio on August 6, 1994. The reason behind their separation is still unknown.

Who is Virginia Madsen?

Virginia Madsen is a famous American actress and producer who is best known for her role of Helen Lyle in the horror film ‘Candyman’. Also, she is recognized for her role as Maya in Alexander Payne’s film ‘Sideways’.

She was born on September 11, 1961, in Chicago, Illinois, USA. Her birth name is Virginia G. Madsen and she is currently 57 years old. Her father’s name is Calvin and her mother’s name is Elaine Madsen. Her mother, Elaine is an award-winning writer, producer, and poet and her father, Calvin was a fire-fighter.

Virginia’s parents divorced in the late 1960s and her mother left a career in finance in order to pursue her acting career. She has a brother named Michael Madsen who refuses to see any of her movies in which she appears naked. She had a sister named Cheryl Madsen is a former actress and entrepreneur.

Virginia holds American citizenship but her ethnicity is a mix of English, Irish, Scottish, German, and distant Native American.

She debuted her film carer from the role of Lisa in the teen sex comedy ‘Class’ at the age of 22. After that, she made her appearance in the music video for ‘I’m Free’ from the Footloose soundtrack.

In addition, she portrayed the role of Maddie Hayes’ cousin in the fifth and final season of the ABC drama series ‘Moonlighting’. After that, she has appeared in series like ‘Star Trek: Voyager’, ‘CSI: Miami’, ‘Dawson’s Creek’, ‘The Practice’, ‘Frasier’, ‘Smith’, ‘Monk’, and many more.

Furthermore, she has her own production company named Title IX Productions and she made her first film with her mother titled ‘I Know a Woman Like That’.

She has an estimated net worth of around $8 million and he has earned that sum of money from her professional career.

She has a height of 5 ft. 5 inches and weighs 55 kg. She has different colored eyes. Her right eye is all green and her left eye is part green and part brown. Her hair color is blonde. Also, her body measurement is 37-25-36 inches and her bra size is 34C. Her shoe size is 8(US) and her dress size is 8(US).