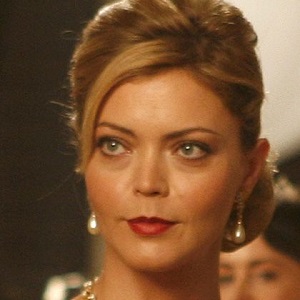 Vittoria Belvedere has been married for over 23years now!

Vittoria Belvedere is a married woman. She has been married to Vasco Valero since June 12, 1999. Vasco is an executive TV producer.

The couple has welcomed three children: Lorenzo (b.8 May 2000) and Emma (b.6 December 2004) and Niccolò (b.8 April 2010). The family is living together and they are spending quality time with each other.

Who is Vittoria Belvedere?

Vittoria Belvedere is an Italian actress who is best known for her appearances in ‘Imperium: Augustus in 2003, ‘Zoloto’ in 1992, and ‘Riding the Storm’ in 1999.

She was born on January 17, 1972, in Vibo Valentia, Calabria, Italy. She is currently 50 years old. But, Vittoria has not disclosed any information regarding her parents, siblings, and childhood.

Vittoria holds Italian citizenship but her ethnicity is unknown.

Talking about Vittoria’s education history, she has not disclosed any information about her education.

She debuted her film career in the movie ‘In-camera mia’ in 1992 directed by Luciano Martino. Then, she appeared in the miniseries Delitti Private in 1993.

She portrayed the role of Julia the Elder in the Anglo-Italian mini-series ‘Imperium: Augustus. She played a very tragic character who is a victim of domestic abuse and rape.

She was awarded Golden Goblets, Itay in the category Best New Actress (Migliore Attrice Esordiente) for ‘Zoloto’ in 1992.

The talented actress must have earned a huge sum of money from her professional career. However, she has not revealed her net worth, salary, income, etc.

She has been successful in maintaining her celebrity status and she has not been involved in any types of rumors or controversies in her career.

But, other information regarding her height, body measurement, weight, etc. is not available.