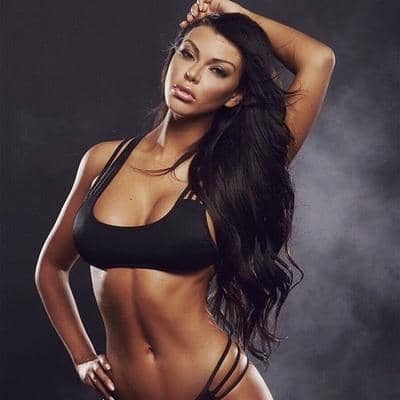 Vivian Kindle is considered to be single currently.

There is no information on Kindle’s present and past relationship.

Who is Vivian Kindle?

Vivian Kindle is an American actress and model. She is known for her role in School Dance (2014) and The Bold and the Beautiful (2013).

Vivian Kindle was born on March 24, 1988, in Seattle, Washington, USA. Kindle has not revealed information regarding her parents, siblings, and educational background to the public yet.

Apart from that, Kindle is of Czech, Indonesian, and French descent.

Kindle is an actress and model. She began her modeling career at the age of 16. She moved to New York City to pursue it full-time at the age of 21.

Kindle also decided to try a career in acting as well. She made an appearance in the music video for Eric Bellinger’s song, Bed Medicine. Apart from that, she starred in movies like The Bold and the Beautiful (2013) and School Dance (2014).

Apart from being a model and actress, she is also a television personality. She is most famous for her appearance on the fifth, sixth and seventh seasons of the MTV show, Wild ‘N Out.

The American model rarely makes any headline on a controversial topic. She is well aware that being in a scandal can harm her career so, she tends to stay away from those topics.

According to various sources, Kindle has an estimated net worth of $1 million. Information regarding Kindle’s salary and assets is not available.

Kindle is 5feet 5inches tall and weighs around 60 kg. Kindle has beautiful pair of brown eyes and black hair.