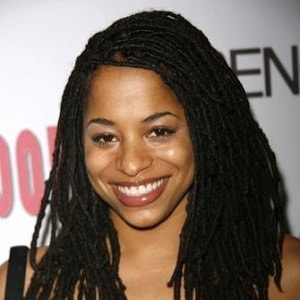 Vivian Nixon loves to live a low-key life and she has not revealed anything about her affair and relationship status. Even if she is in a relationship, there is no information about her love interest. She is currently single.

Who is Vivion Nixon?

She was born on May 31, 1984, in Miami, Florida, USA. She was given a birth name as Vivian N. Nixon. She has a birth sign, Gemini. Her mother’s name is Debbie Allen and her father’s name is Norman Nixon. Her father is a former NBA star while her mother was an actress and a producer. Her aunt, Phylicia Rashad is also an actress.

Her name was after her grandmother Vivian Ayres-Allen. She has two brothers, Norman Nixon Jr., who is a basketball player and DeVaughn Nixon, an American actor. DeVaughn is her stepbrother. She holds American citizenship and her ethnicity is African-American.

She was interested in gymnastics during her early childhood and she continued until she was 13. But, she was seriously injured and her mother withdrew her from gymnastics.

Vivion took part in ‘Hot Feets’ as a Kalida during her final year of the Ailey/Fordham BFA Program. She debuted as an actor as Anita in ‘West Side Story’ in 2006. She got the same character which her mother played on ‘Broadway’ in 1979. It was a challenge to her to stand-out best as her mother did.

Vivion appeared in several television series and movies as an actress. She portrayed the role of Andrea Cohen in ‘Glee’ and as a Pretty Woman in ‘Everybody Hates Chris’ in 2009. She showed her dancing skills in the movie ‘500 Days of Summer’ in the same year. She made her appearance in ‘Family Famous’, ‘It Could Be Worse’, ‘Power’ and in the movie ‘Bolden!’ in 2015.

It seems she has not been awarded and nominated in her career for her work but we can expect her to win in the future.

Vivion Nixon: Net Worth and Salary

It is estimated that she has a net worth of around $3 million and her main source of earning is from her role in movies and television series.

She likes to keep her information secret and she does not want to open in front of her fan and in front of the media.

She has a height of 5 ft. 6 inches and she weighs 55 kg. Her hair is black in color and she has got black eyes. Other information regarding her breast, waist and hip size are unknown.