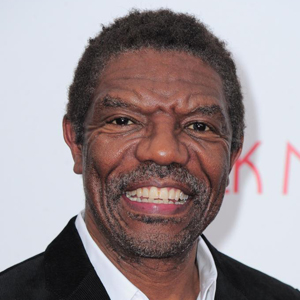 Later, Vondie got married again to Kasi Lemmons, an actress, and director, in 1995. He got blessed with a son the next year Henry Hunter Hall (1996) and later her wife gave birth to a sweet little girl in 1999, Zora Hall.

Vondie and his wife share a very lovely and romantic relationship. There is no sign of the couple getting divorced.

Who is Vondie Curtis-Hall?

Vondie Curtis-Hall is an American actor, screenwriter, film director, and television director. He is known for Die Hard 2 (1990), Romeo+Juliet (1996), and Chicago Hope(1994).

Vondie Curtis-Hall was born on September 30, 1950, in Detroit, Michigan. His nationality is American and ethnicity is African-American.

His father Curtis Hall is a construction company owner and his mother Angeline is a nurse. Vondie has a brother Kevin Hall, a designer and a creative director, and a sister Sherrie.

He was a great fan of Michigan-bred punk rock idol Iggy Pop and wanted to be a rock-and-roll star. Vondie, at the age of 16, had an addiction to heroin during his high schools, later he recovered from the addiction.

Later he studied theater at Richmond College in London, England. He was also trained in Shaolin Kung Fu and Qi Gong with Master Shi Yan Fan in Sherman Oaks, CA.

He was classically trained at the Juilliard school of music.

He also directed many television shows The Shield, Firefly, Chicago Hope. Vondie has also appeared on television with the recurring role in Soul Food, I’ll Fly Away and ER for which he was also nominated for Emmy.

He has also appeared in an episode of The Sopranos.

Vondie Curtis-Hall: Salary and Net Worth

Making a long run in the film career is very hard to survive without controversies or rumors, but Vondie is an example of those who always get involved in it. Vondie doesn’t have any rumors or controversies in his career.

His decades of involvement in the film industry gave him much success apart from rumors and controversies.

Vondie Curtis-Hall has a height of 5 feet 8 inches. His hair color is salt and pepper and eye color is black. His weight and shoe size are unknown.