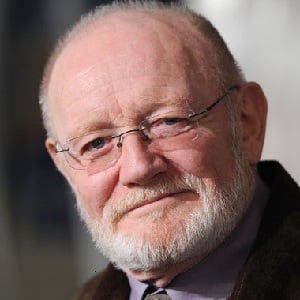 There are no records available about W. Morgan Sheppard’s past and present relationships. He has a son Mark Sheppard. Mark is also an actor who is famous for his appearance in the TV series ‘Supernatural’. Additionally, Morgan also has two grandsons Max Sheppard and Will Sheppard.

Who is W. Morgan Sheppard?

Morgan Sheppard is a British Actor. People mostly recognize him for his roles in television series including ‘Doctor Who’, ‘It’s Always Sunny in Philadelphia’, and ‘Dexter’ among others. Furthermore, he has appeared in several other movies in his career.

Sheppard was born in London on August 24, 1932. He became interested in the world of show business at an early age and hence wanted to become an actor. He is of British nationality. Furthermore, he belongs to the Anglo-Irish ethnic background.

Talking about his education, Sheppard graduated from the Royal Academy of Dramatic Art in 1958.

Sheppard initially appeared in the TV series ‘Theatre Night’. Next, in 1962, he had a minor role in the movie ‘Strongroom’. Additionally, Sheppard appeared in the ‘Marat/Sade’ in 1967. He also played Landlord in the TV series ‘The Expert’. In 1973, he appeared as William Hancock in ‘The Roses of Eyam’ and also played a small role in ‘The Up and Down, in and Out, Round About Man’. Since then, he has appeared in numerous other movies and television series. All in all, he has over 180 credits as an actor.

Some other movies and television series that Sheppard has appeared in are ‘The Librarians’, ‘Last Man Club’, ‘Free Birds’, ‘April Apocalypse’, ‘The Devil’s Dozen’, ‘Young Justice’, ‘The AOF Channel’, ‘Meeting Spencer’, ‘For Christ’s Sake’, ‘Mysterious Island’, ‘Farewell Mr. Kringle’, ‘Mad Men’, ‘Legend of the Seeker’, ‘Star Trek’, ‘NCIS’, ‘So Long Jimmy’, ‘Over Her Dead Body’, ‘Biker Mice from Mars’, ‘Criminal Minds’, ‘A Stranger’s Heart’, ‘The Prestige’, and ‘Gilmore Girls’ among others. Additionally, he also acted in the play ‘US’, in a Royal Shakespeare Company production at the Aldwych Theatre.

Sheppard won the Action on Film Award in 2016 for his performance in ‘Last Man Club’. In addition, he has also received Lifetime Achievement Award. Furthermore, he won the Gold Remi Award in WorldFest Houston for ‘Last Man Club’ in 2016.

Sheppard has not revealed his current salary. Additionally, there are no details available about his estimated net worth at present.

Sheppard has not been linked with any controversies in his career. Additionally, at present, there are no rumors concerning his life and career.

Talking about his body measurement, Sheppard has a height of 5 feet 9 inches (1.75 m). Additionally, his hair color is grey and his eye color is blue.