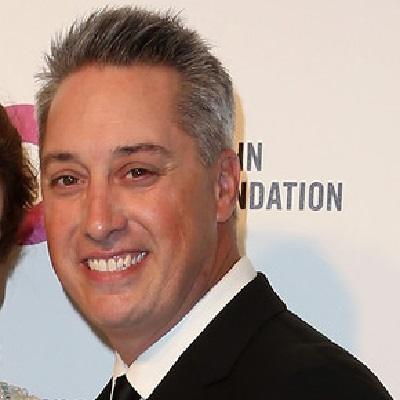 What is the relationship of Wade Allen?

Wade Allen is happily married to the actress, Annabeth Gish. The couple married on 11th October 2003 after two years of dating.

Who is Wade Allen?

Wade Allen is a primetime Emmy nominated stunts performer. He is renowned as the stunts coordinator of the movies like The Dark Knight, Le Man’ 66, and Indiana Jones and the Kindom of the Crystal Skull.

Last, in 2020, he coordinated the stunts for the TV series, Perry Mason.

Recently, he coordinated the stunts of the movie, Moxie which has been completed. Also, his upcoming projects like Yellowjackets and Those Who Wish Me Dead are in the stage of post-production.

Wade Allen was born on 12th April 1972 in Fresno, California, United States. His birth name is Wade Edward Allen. He is of British-Scottish ethnicity.

Talking about his childhood, he was always interested in martial art. Hence, he took classes for that. Later, he also attended numbers the styles including Boxing, Muay Thai, and Krav Marg.

Also, he happens to be one of the highest-ranking instructors in the world of Krav Marga.

Wade Allen started his career as a police officer in South Central Los Angeles. At the time, he also worked as the paramedic of the rescue team too. Also, he was trained in the military and law enforcement units in defensive and counter-terrorism tacts.

Besides that, he is also trained at the Santa Monica PD, Beverly Hills PD, Navy Seals from teams 3 and 7, FBI Domestic Terrorism units, and many more.

Besides his accomplishment as an officer, his hunger to achieve more led him to the entertainment industry as a stunts performer.

In 2001, he re-started his career as stunts with the TV series, Scrubs. After that, he never looks back. Following the series, he started performing stunts for the movies like Huff, Batman Begins, War of the World, Jumper, and 27 Dresses, and many more. In some of these movies, he has also consulted as a technical consultant.

Besides that, he has also been associated with the TV series like The OA, Yellowstone, and Perry Maso as a stunt coordinator. As of now, he is busy with his upcoming projects as a stunts coordinator.

Besides coordinating the stunts, he has also directed the action sequence of the movies like Days of Grace. Also, he has directed certain episodes of the movies like Yellowjackets, Perry Mason, The OA, and Message for the King as second unit director.

Apart from that, he also makes in the range of $84k on average as a second assistant director.

Wade Allen has brown eyes with light hair. He stands at a height of 6 feet 1 inch and has a decent weight.

Talking about his appearance, he has sharp look with oval-shaped facial features. Also, he prefers to be clean-shaved.

You may also read the bio of Janie Liszewski, Stephen Sharer, and Maverick Leonard.