Walker Babington at present is a married man and his wife is an actress plus a producer. He exchanged vows with Shana Betz on 24 Sep 2017.

This couple is now living in New Orleans, Louisiana with their four years old daughter. They welcomed Willa on the 4th of October 2017.

Walker loves his family and has made his Facebook cover photo where he is holding the hands of his kid and spouse.

How Many Children Does Walker Babington Have?

He as of this writing has only one child named Willa.

What is the cost of Walker Babington’s wedding?

His wedding and affair details are not disclosed. 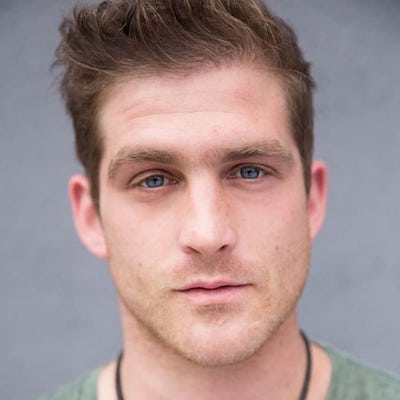 Who is Walker Babington?

He has several future projects in his bag titled Interview with the Vampire (TV Series), and Manhunt (TV Series) which are in the pre-production stage.

His birthdate is kept in the dark but he was born in New Orleans, the United States of America. The name of his mother and his father’s identity is also hidden.

Further, Babington’s ancestry is Caucasian, and as to his academics, he passed out from Severna Park High School in 2003. Then he enrolled at The International Stunt School.

Walker Babington as an actor has stepped into the entertainment industry in 2012 with an uncredited role in Lincoln as a Confederate Soldier. He was then featured in A Year and Change in 2015, The Magnificent Seven in 2016, plus Strange Weather in 2016.

In recent days, he was seen in the movie Paradise Highway playing the role of Terrence in 2022. This thriller film featured stars like Morgan Freeman, Frank Grillo, Cameron Monaghan, and more.

The star cast of the movie Paradise Highway, Walker is keeping himself away from scandals as well as rumors.

Walker Babington has an average height is decent and his body weight is average. Adding some more, he has light brown hair with blue-colored eyes.

Walker Babington is available on a few social sites with a decent number of fans. On Instagram, he has around 2.7k followers.

He is also active on other sites such as Facebook more than 4.6k friends.