Walker Buehler has a married life.

Walker Buehler is married to McKenzie Marcinek. They’ve known one other for a long time because they grew up together. They began dating each other in high school and have been together ever since.

They are also known as the high school sweethearts since they have been together since high school.

They have already married, but they have not disclosed the precise date of their wedding or the venue where they exchanged their vows.

The pair has also posted photographs of themselves saying their first valentine on Instagram. 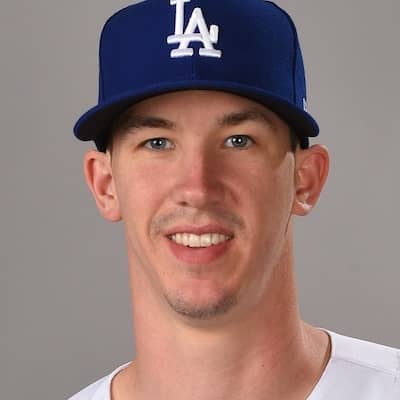 Who is Walker Buehler?

Walker Buehler is a Major League Baseball pitcher who currently plays for the Los Angeles Dodgers.

While in college, he was a member of the Vanderbilt Commodores’ 2014 College World Series Championship team. He made his MLB debut in 2017, after being drafted 24th overall by the Dodgers in the 2015 MLB draft.

Walker Anthony Buehler, also known as Walker Buehler, was born on July 28, 1994, in Lexington, Kentucky, United States. He is of the Caucasian race and he is of American nationality.

Walker was born to Tony Buehler and Karen Walker, although his father’s and mother’s occupations are unclear. He grew up with three other siblings, Bella Walker, Delaney Buehler, and Brady Buehler. He also has a stepmother name, Lucy Buehler.

His grandpa Dave Walker, who taught him to throw with excessive speed when he was young, was the one who inspired and encouraged him.

Walker Buehler has always wanted to play baseball. He attended Henry Clay High School, where he continued to play baseball. After graduating from high school, he attended Vanderbilt University and was taken in the 14th round of the 2012 Major League Baseball Draft by the Pittsburgh Pirates. Throughout his college years, he brought several trophies to his squad.

The Los Angeles Dodgers picked him as the 24th overall pick in 2015. He then signed a contract that allowed him to receive a $1.78 million bonus.

In 2016, he achieved a watershed moment when he was able to play professionally for the first time. In his comeback, he played in the Minor Leagues with the Arizona League Dodgers.

Walker Buehler began the 2017 season with the Rancho Cucamonga Quakes of the California League before being promoted to the Texas League’s Double-A Tulsa Drillers.

He was a fantastic player who was eventually promoted to the triple-A Oklahoma City Dodgers in the middle of the season.

He was also named the Dodgers minor league pitcher of the year at the end of the season.

A career in Los Angeles Dodgers

On September 6, 2017, Walker Buehler was added to the major league roster for the first time. That night, he made his debut against the Colorado Rockies.

On September 21, he earned his first big league win with a scoreless inning in relief against the Philadelphia Phillies.

In 2018, he made his major league debut against the Miami Marlins. On May 4, the same year, against the San Diego Padres.

He was also placed on the disabled list on June 21 after suffering a rib injury in that game. That’s why he came back to make an appearance from the bullpen. The following day, he made his first start in almost a month against the Los Angeles Angels.

On October 1, he also appeared in the NL West Tie-breaker game against the Colorado Rockies. In the 2018 NLDS, he faced the Atlanta Braves, and the following days, he faced the Milwaukee Brewers in the NLCS.

Buehler launched his first professional home run against Michael Wacha of the St. Louis Cardinals on April 11, 2019. On June 21, he became the first Dodger pitcher to throw a full game against the Colorado Rockies.

He was named to the 2019 MLB All-Star Game, his first all-star appearance, in which he pitched one inning and allowed one run. He completed another full game on August 3rd, this time against the San Diego Padres.

Buehler was selected as the Dodgers’ game one starter for the National League Division Series after finishing ninth in Cy Young votes.

Buehler started the first and second-round playoff games against the Milwaukee Brewers and San Diego Padres in 2020. In Game 6, he was the victorious pitcher.

He won the third game of the 2020 World Series against the Tampa Bay Rays, striking out 10 opponents in six innings while surrendering one earned run on three hits. The Los Angeles Dodgers won the World Series in six games.

Before the 2021 season, Buehler became eligible for guaranteed money for the first time. On February 10, he agreed to terms with the Dodgers on a two-year, $8 million contract.

Buehler won his seventh game of the season on June 20, tying Kirby Higbe for the Dodgers team record of 23 straight starts without a defeat dating back to the 2019 season.

Buehler made his first Opening Day start for the Dodgers against the Rockies on April 8. He earned the victory after allowing only two runs in five innings.

Walker Buehler has many awards which are

Walker Buehler’s total net worth was assessed to be $2 million in 20022, according to the source. There is also information on his annual pay of $570,000.

Despite knowing his annual earnings and net worth, the overall value of his property, residences, and other valuables remains unknown.

Walker Buehler has never been involved in any bad allegations or incidents that have harmed his profession or personal life. He has always kept his life very private so that he does not become involved in rumors or disputes.

Walker Buehler is a sportsman, thus he has kept his body in good shape, displaying his athletic physique. He stands 6 feet 2 inches tall and weighs 79 kilograms.

Although his height and weight are known, the sizes of his hips, waist, and biceps are unknown. His gorgeous form is complemented by his black hair and grey eyes. He is a baseball player, hence he is frequently seen sporting a cap in his shots.

Walker Buehler is a frequent user of social media. He is a prolific Instagram user, having 341k followers and 199 posts. On Instagram, he has posted images of himself as well as those with whom he is close.

Almost every post on his Instagram has been about the joys of baseball and images of him playing it. His most recent post was a video of him and a coworker providing a behind-the-scenes look at BOYS @BMWUSA and the all-electric iX commercial.

Similarly, he is as active on Twitter, where he has 84.1k followers and 1371 tweets. In September of 2011, Walker became a Twitter user.

He is also on Facebook, where he has 16246 fans and 16216 likes on his page. Although he is not active on TikTok or YouTube, several of his followers have shared images and videos there.