There is no accurate information on Wallis Day’s relationship.

According to various sources, Wallis Day is currently dating George King. Recently, Day posted a photo of her and a guy. The person in the photo isn’t tagged but rumor has it that his name is George King.

In past, Day was rumored to be dating Zayn Malik as well. But this was just a rumor. 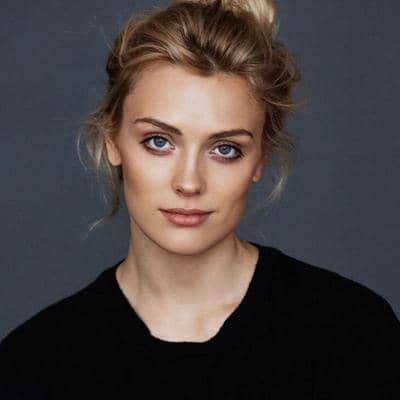 Who is Wallis Day?

Wallis Day is an English actress and former model. Wallis Day is best known for her role in Batwoman as Kate Kane.

Wallis was born on September 20, 1994, in London. Her parents were middle-class and she was raised along with her brother Henry Alex Day.

Day was passionate about acting since the age of 5. She began joining the Drama School, Stagecoach Theatre Arts. Her parents were very supportive. They used to take her to see ballets when she was a child.

Day spent her childhood moving to various locations. She and her parents had to shift to several places. Because of this, she had to change her school 11 times. After graduating from Sylvia Young Theatre School, Day joined the Arts Educational Schools, London (ArtsEd).

Day is an English actress. Before she started her acting career, she worked as a model. She started her career after signing on to the modeling agency Models 1 at the age of 13. As a model, Day appeared in various cosmetic brands including Superdry, Nike, and Garnier.

After 3 years in the modeling field, she decided to pursue a career in acting at age of 16. One of her earliest appearances was in a Nintendo 3DS commercial. At the age of 19, she landed her first film role in Between Two Worlds as Lucy in 2016. Day made her television debut in 2012 with the British soap opera, Hollyoaks as Holly Cunningham.

In 2014, she appeared as a model in three different music videos, “On My Way” by Lea Michele, “Arabella” by Arctic Monkeys, and “She Looks So Perfect” by 5 Seconds of Summer. She also appeared in a YouTube prank video where she masquerades as the girlfriend of Caspar Lee.

Recently, she starred in the CW series, Batwoman as Kate Kane.

Day is a very hard-working and talented individual. But, she has not won any award nor received in nomination in her professional career.

Day has an estimated net worth of $1.2 million as of 2022. According to various sources, she earns around $1 million per year.

Day is 5feet 8inches tall and weighs around 60 kg. Day has blonde hair and blue eyes.