Updated On November 15, 2022 | Published By: Aryan Kapri
Share this
Married 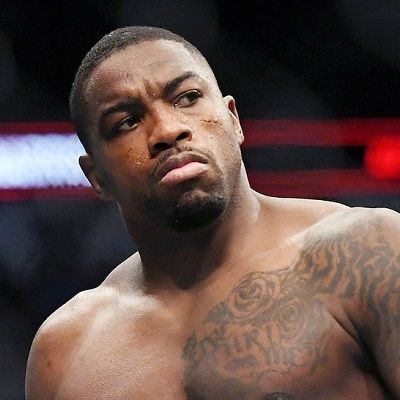 What is the relationship of Walt Harris?

The relationship status of Walt Harris is married to Angela Haley-Harris.

Angela is an American homemaker. Walt and Angela have four children. They reside in Homewood, Alabama, United States.

On October 24, 2019, Harris’ stepdaughter, Aniah Blanchard was reported missing. Auburn police revealed that after finding evidence from Blanchard’s vehicle, they suspect foul play regarding the disappearance.

On November 6, 2019, the Auburn police department released surveillance footage from a convenience store of the individual suspected in the disappearance of Aniah. The suspect was later identified as Ibraheem Yazeed.

On November 8, 2019, Yazeed was captured and was extradited to Auburn on charges of kidnapping.

Aniah Blanchard is still to be found.

Who is Walt Harris?

Walt Harris is an American mixed martial artist. In November 2019, Walt was ranked no. 8 in the UFC Heavyweight rankings.

His nick is The Skull Crusher in the mixed-martial-arts circuit. Harris has also formerly competed for the Titan FC.

Currently, he is competing in the Heavyweight division of the Ultimate Fighting Championship.

Walt Harris was born Walter Jermaine Harris on June 10, 1983, in Birmingham, Alabama, United States. He belongs to the All-American ancestry. Moreover, his Zodiac sign is Gemini.

Walt has an estimated net worth of $1.6 million USD as of 2022. As a mixed martial arts fighter, his earnings are $138k US approximately.

Harris has black hair with dark eyes. His height is 6ft and 5 inches and his weight is 117 kg.

You may also like to read about Jorge Masvidal, Kevin Jesse Lee, Jr., Cub Swanson.