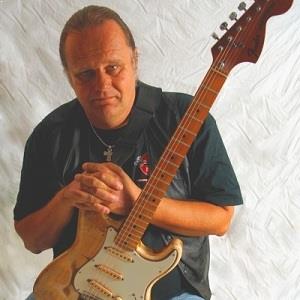 "People ask me if they should call my music blues or rock, I tell them they can call it 'Fred' if they must have a label."

Who is Walter Trout?

Multi-talented Walter Trout is an American singer, songwriter, guitarist, and musician. He is active in the music industry since 1969. He rose to fame for his albums like Walter Trout and the Free Radicals, Luther’s Blues, and Battle Scars.

The son of Ed Trout and Lynette Trout, Walter Trout was born on 6 March 1952 in Ocean City, New Jersey. He is of North American ethnicity and has American nationality.

Her mother’s name is Lynette Trout and her father’s name is Ed Trout. Since childhood, he has built up a strong interest in the music field.

There is no information about his early life and education.

Walter Trout, is active in the entertainment field since 1969. He began his career on the Jersey coast scene and moved to Los Angeles to seek a career in music. At the beginning of his career in Los Angeles, he became a sideman for  Percy Mayfield and Deacon Jones.

Similarly, he has spent decades as a sideman, playing guitar for several celebrities like John Lee Hooker, Big Mama Thorton, and Joe Tex. He became the guitarist for Canned Heat in 1981 which led to an invitation to play in John Mayall’s Bluesbreakers.

He has also shared the stage with fellow guitarist Coco Montoya. In 1989, he left the Bluesbreakers and formed his own band ‘Walter Trout Band’. The band traveled around the world and made its UK debut in Blackpool in 1990. In 1994 Walter Trout Fan Club was founded in Netherlands and Belgium. Similarly, the official International Fan Club was formed in 1996 which united members from the 14 countries. He released his first debut untitled album in 1998.

Walter Trout: Salary and Net Worth

Trout was criticized when his son Jon Trout gave him a tribute.