Public Figure Wanda Nara is married and a father of five.

Wanda Nara married Argentine professional footballer Maxi López on May 28, 2008. She has three sons with López: Valentino Gastón López (born on January 25, 2009), Constantino López (born on December 18, 2010) and Benedicto López (born on February 20, 2012). Wanda and López ended their marriage with a divorce in 2013.

While López held that Wanda was having an extramarital affair, she, on the other hand, blamed López of repeated marital infidelity. In the end, the magistrates gave their ruling in Wanda’s favor.

Moreover, she initiated a relationship with Argentine striker Mauro Icardi who was a former Sampdoria teammate of López and presently captains Internazionale. She was introduced to Icardi during her wedding with López. Wanda married Icardi on May 27, 2014, in a small ceremony held in Buenos Aires.

Then, the marriage to Icardi brought much bad blood against Icardi as he had to face the wrath of many Argentineans and often featured in Argentinean tabloids. Such animosity is believed to have even affected his international football career to some extent. Argentine legend, Diego Maradona, who was romantically linked to Wanda at one point, also got into heated Twitter exchanges with Icardi after his marriage with Wanda. 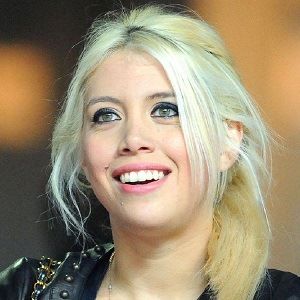 Who is Wanda Nara?

Wanda Nara is an Argentine model, football agent, media personality, showgirl, and television presenter. Likely, she has made her onstage debut as a second vedette in the revue ‘Humor en Custodia’ during the 2005–2006 summer theatre season and later appeared in the revue ‘King Corona’ of Jorge Corona.

Wanda Nara was born in Boulogne Sur Mer, Buenos Aires, Argentina on December 10, 1986. She is currently 32 years old. Her father’s name is Andrés Nara and her mother’s name is Nora Colosimo. There is no much information about her childhood.

She has a sibling, Zaira Nara who is also associated with the world of glamour and entertainment. she is an Argentine model and television host. Wanda holds Argentine citizenship, but her ethnicity is unknown. Her birth sign is Sagittarius.

Talking about Wanda’s education history, there is no information about her educational achievements.

Talking about her profession, Wanda made her first appearance on stage as a second vedette in the revue ‘Humor en Custodia’ during the 2005–2006 summer theatre season. She went on to perform as a vedette in the revue ‘King Corona’ of comedian Jorge Corona during the 2006–2007 summer theatre season. Additionally, her stint with the revue was, however, short as she left it after a couple of months because of the alleged abuse by Corona and his wife.

In the year 2006, she featured in a single episode of the series ‘Casados con Hijos’ as La Novicia Bernarda. She got eliminated from the contest in its 11th week and eventually, Ximena Capristo won the contest.

In the year 2009, she took part in yet another contest produced by ‘Showmatch,’ titled ‘El Musical de Tus Sueños’ (‘The Musical of your Dreams’). She also took part in the ‘Patinando 2011,’ but left it midway as she became pregnant and had to accompany her husband Maxi López to Italy.

Wanda has been successful in maintaining her celebrity status and has kept herself far from rumors and controversies.

Wanda Nara has a height of 5 feet 7 inches. Additionally, she weighs 56Kg. In addition, she has a measurement of 35-24-35 inches and her bra size is 40D. Wanda’s hair color is blonde and her eye color is dark brown.

Also, read the affair, salary, the net worth, controversy, and the bio of Stephania Bell, Oscar Rosenstroem, Liz Hayes