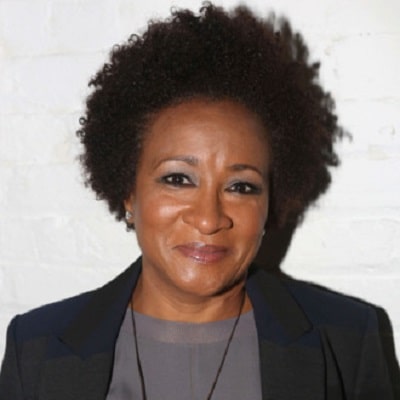 I had real big boobs, and I just got tired of knocking over stuff. Every time I eat, 'Oh, Lord'. I'd carry a Tide stick everywhere I go. My back was sore, so it was time to have a reduction.

I have to be socially aware

I'm finally just relaxed and comfortable with who I am.

Wanda Sykes is a married woman. She was married to Dave Hall, an American record producer in 1991. But, the couple divorced in 1998 and did not have any children through this marriage.

10 years after her divorce from Hall, she came out as a lesbian in November 2008. After same-sex marriage was legalized, she married her partner Alex Niedbalski in 2008. They had met in 2006.

Who is Wanda Sykes?

Wanda Sykes is an American actress, comedian, and writer who is best known for her performances in ‘The New Adventures of Old Christine’, ‘The Chris Rock Show’, and ‘Curb Your Enthusiasm’.

She was born on March 7, 1964, in Portsmouth, Virginia, the U.S.A. Her birth name is Wanda Yvette Sykes. Sykes was born to parents Marion Louise and Harry Ellsworth Sykes. Her mother Marion worked as a banker while her father was a U.S. Army colonel at the Pentagon. She has a brother named Harry Sykes.

Sykes holds American citizenship but her ethnicity is African-American.

She attended Arundel High School and graduated from there. After that, she attended Hampton University from where she earned a bachelor of science degree in marketing.

Initially, she worked as a contracting specialist at the National Security Agency (NSA) for a total of 5 years. She was not satisfied with her job and changed her path opting as a stand-up Comedian.

She then moved to New York to continue her career in Comedy and made her breakthrough when she was cast as an opening act of Chris Rock at Caroline’s Comedy Club.

After that, she worked for shows- The Keenen Ivory Wayans Show, Best of the Chris Rock Show: Volume 2, Premium Blend, Wanda Sykes: Tongue Untied, Roseanne, The Chris Rock Show, Comedy Central Presents, The Downer Channel, Blackish, The Wanda Sykes Show, Back at the Barnyard, among others.

She has an estimated net worth of around $8.5 million and she has earned that sum of money from her professional career. Her salary and other incomes are under review.

Wanda does not like to harm others and has not been involved in any rumors and controversies in her personal and professional life.

Michelle Wolf and her befitting one-liner to Donald Trump’s tweet!