Henry Warren Beatty is an American actor, director, producer, and screenwriter. His movie Bulworth had created controversy for its politic nature. He is married and has four children.

Warren Beatty was famous as a Ladies’ Man in his younger days and was linked with several popular women including Madonna, Serena, Mary Tyler, Jacqueline Onassis, Brigitte Bardot, and Janice Dickinson, Jane Fonda, Princess Margaret, and Carly Simon among others.

Finally, on March 3, 1992, he tied the knot with actress Annette Bening. The pair have now been together for more than two decades and have four children: Stephen, Benjamin, Isabel, and Ella. 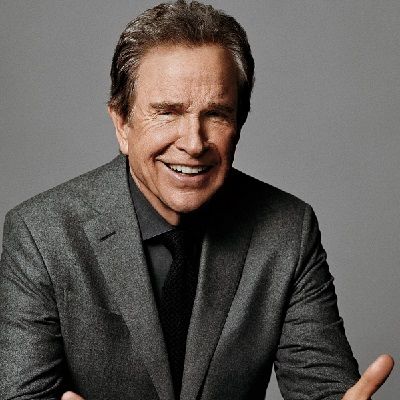 My notion of a wife at 40 is that a man should be able to change her, like a bank note, for two 20s

How can anybody hate nurses? Nobody hates nurses. The only time you hate a nurse is when they're giving you an enema

For me, the highest level of sexual excitement is in a monogamous relationship.

Who is Warren Beatty?

Warren Beatty is an Oscar-winning director and actor. He is famous for films such as Bonnie and Clyde, Reds and Heaven Can Wait.

He is the only person to be nominated for acting, directing, writing, and producing the same film. And amazingly, he did it twice.

Warren Beatty was born on March 30, 1937, in Richmond, Virginia, the U.S. Currently, he is 83 years old. Warren’s mother, Kathlyn Corinne, was a teacher.

Similarly, his father, Ira Owens Beatty, had a Ph.D. in educational psychology and served as a public school administrator. Beatty had an elder sister, Shirley MacLaine.

Warren is of American nationality. However, his ethnicity remains unknown.

Beatty attended Washington-Lee High School in Arlington. In 1954, he chose to study liberal arts at Northwestern University. However, he left the university after a year to learn acting.

Warren Beatty began his career in the late 1950s, with some TV roles, including a recurring role on ‘The Many Loves of Dobie Gillis’.

Similarly, he made his Broadway debut in 1959 in the William Inge drama ‘A Loss of Roses’. Unfortunately, this was not well received. However, the young actor’s performance was good enough to earn him film roles.

Warren’s first feature film was ‘Splendor in the Grass’ in 1961. After this, he played major roles parts in movies such as ‘The Roman Spring of Mrs. Stone’, ‘All Fall Down’, ‘Lilith’, ‘Promise Her Anything’.

Similarly, in the year 1967, he produced and acted in ‘Bonnie and Clyde’. This movie became both a critical and commercial success.

The 70s was a very important year in his career. He appeared in movies like ‘Shampoo’ and ‘Heaven Can Wait’.

However, it was in 1981 when he undertook his most ambitious task. He co-wrote, produced, directed, and starred in the historic epic ‘Reds’, which was about an American Communist journalist.

This became huge and made Warren a popular director. He also won the Best Director for this movie.

In 2001, Beatty starred in ‘Town & Country’. This movie proved to be a box office disaster. Following this disaster, Beatty stayed away from movies for several years.

Warren Beatty has won several awards in his career. Similarly, he has also received many nominations for his acting and directing. Warren has won four Golden Globes.

Similarly, he has also won two Academy Awards including an Oscar. Furthermore, he has received six Oscar nominations. He is also a winner of the BAFTA Awards and America Movie Awards.

In total, the veteran actor and director have won 40 awards along with 51 nominations.

Beatty is a hugely successful actor, director, and producer. Due to all this, Beatty has a massive net worth of around $70 million.

However, his annual income is currently under review. His primary source of income is acting and directing.

In 1998, Warren co-wrote, co-produced, directed, and starred in a political comedy titled ‘Bulworth’. This movie generated huge controversy due to its political nature by the critics.

Furthermore, in 2017, Warren was involved in an incident which is called the biggest error in Academy Awards history.

The Oscar presenters for the final award were Warren Beatty and Faye Dunaway. They were incorrectly given the best actress award envelope.

Beatty was confused and saw Emma Stone’s name and “La La Land,” and handed the envelope to Dunaway. She then announced the musical as the Best Picture winner.

Warren then returned to the mic and explained: “I want to tell you what happened. I opened the envelope and it said Emma Stone, ‘La La Land.’ That’s why I took such a long look at Faye and at you. I wasn’t trying to be funny.”

Warren Beatty is a tall man with a height of around 6 feet 2 inches. Additionally, he weighs around 79 kg.

Furthermore, he has salt and pepper hair and green colored eyes.

You may also like to read about the age, bio, career, net worth, etc of John Crowley (Director), Max Joseph, and Mark Neveldine.