Warren Christie is a well-recognized Northern Irish-born Canadian television and film actor. He is married and a father of one.

Talking about his love life, Warren Christie is happily living a married life with his partner, Sonya Salomaa. Sonya is a Canadian actress known for her role in The Collector, Durham County, The Space Between, and so on.

The couple met for the first time in 2005 and started dating. Later, Christie proposed to her at the Eiffel Tower and eventually tied the knot in 2007. Presently, they live happily with a 10-year-old son. 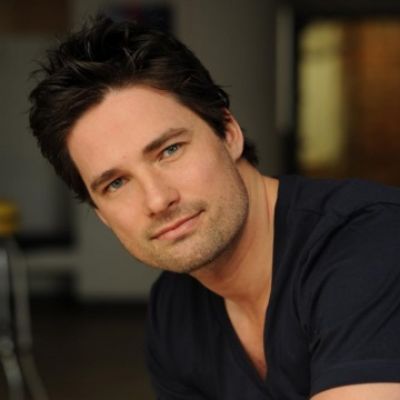 Who is Warren Christie?

Warren Christie is a well-recognized Northern Irish-born Canadian television and film actor. Christie is widely famed for his roles as Ray Cataldo on the ABC drama October Road and as Aidan “Greggy” Stiviletto on the ABC series, Happy Town.

Moreover, he has a recurring role on the Fox series, The Resident and co-starred on the 2019 NBC series, The Village.

Warren Christie was born on 4 November 1975. At present, his age is 45 years old. Likewise, his birthplace is Belfast, Northern Ireland, the United Kingdom.

Not much is known about his father and mother’s details, Warren has not stated his family details. Moreover, he has a sister named Julie Frances Christie.

Talking about his nationality, Christie holds a British-Canadian identity whereas his ethnicity is Northern-Irish.

Regarding education, the actor pursued his education at the University of Windsor after being recruited to play college football. During his university days, he developed an interest in performing and decided to pursue it as a career.

Professionally, Warren began his acting career featuring a role such as that of a security guard in Fox’s soap opera, Pasadena in 2001. Likewise, he appeared in minor roles in different television series/miniseries such as The Twilight Zone, The First to Die, and Black Slash.

Christie then featured in five episodes in the unaired series, Still Life in 2003. He has small roles in the ABC drama series, The Days. His debut movie appearance was in the horror film, The Thing Below in 2004. Additionally, Warren became part of the romantic comedy, Gray Matters(2006), the drama, Dress to Kill(2007), and the horror-thriller, Beneath(2008).

In advance, Warren was given lead roles in the Christmas movie, The Most Wonderful Time of the Year(2008), the horror-thriller “Malibu Shark Attack(2009)”, and the suspense-thriller, “Ties the Bind”(2010).

Some of his popular roles in series are: –

A famed Canadian actor, Christie has earned a handsome amount of money from his profession. The actor has been actively working in his profession from the year 2001 till the present.

As of 2022, it is reported that Warren Christie has an estimated net worth of $6 million. He lives a luxurious lifestyle along with his wife.

Warren has never been part of any controversial matter or rumors till now. The actor has been preoccupied with his professional and private life.

It seems that Christie prefers enjoying his personal life and does not want to merge it with his professional life.

45 years old star, Warren has handsome looks and an admirable personality. He stands at a height of 6feet 1inches. Also, he has a balanced body weight of 75 kg.

Furthermore, Christie has blue eyes whereas his hair is dark brown. His body measurement is 40-33-14 inches(chest-waist-hip) respectively.

Regarding his social media presence, Warren Christie is an active personality on social media. Warren has more than 14.8k followers on his official Instagram account @thewarrenchristie.

He is also active on Twitter with around 13.4k followers.

However, Christie is not available on Facebook at the moment.

Also read about Breanne Racano, Raz B, and Warren Christie.