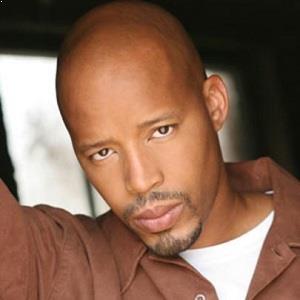 We was different, and that's what made g-funk turn into what it turned into and create a new genre, and open up a lot of doors for other artists to feel free to do that type of stuff.

The ruling quality of leaders adaptive capacity, is what allows true leaders to make the nimble decisions that bring success. Adaptive capacity is also what allows some people to transcend the setbacks and losses that come with age and to reinvent themselves again and again.

Silence - not dissent - is the one answer that leaders should refuse to accept.

I would like the government to do all it can to mitigate, then, in understanding, in mutuality of interest, in concern for the common good, our tasks will be solved.

Warren G. is a married man. He is married to Tennille Griffin. They have four children from the marriage. His son Olaijah Griffin has found success on the football field.

At present, the marriage is going strong as there is no news regarding any extramarital affairs going on in the marriage.

Who is Warren G.?

Warren Griffin III, commonly known as Warren G is an American rapper and hip-hop producer. People know him n as one of the pioneers of West Coast hip-hop.

He is best known for his first two solo studio albums ‘Take a Look Over Your Shoulder’ and ‘Regulate…G Funk Era’.

Warren G. was born in Long Beach, California on November 10, 1970, to parents Warren Griffin and Ola Mae. Additionally, he is the stepbrother of rapper and producer Dr. Dre.

He was drawn towards the world of rapping since his early life.  His parents divorced when he was four, and Warren grew up with his mother and three sisters, Felicia, Traci, and Mitzi, in East Long Beach, California. He is of American nationality. Furthermore, he belongs to African-American ethnic background.

Talking about his education, Warren left Jordan High School in 1988 and spent time in jail for selling drugs before working in the Long Beach shipyards. Additionally, he also attended Centennial High School.

However, Warren received widespread fame due to his solo career. His debut album, ‘Regulate… G Funk Era’ debuted at #2 on the US Billboard Top 200 Album Chart and went on to sell over 3 million copies.

Warren released his second album ‘Take a Look Over Your Shoulder’ in 1997 and he later released four more albums between 1999 and 2009.

All in all, he has released six studio albums till date including ‘I Want It All’, ‘The Return of the Regulator’, and ‘In the Mid-Nite Hour’ among others. Apart from his career in Hip-hop, Warren has also appeared in over 10 movies and television series as an actor.

Warren garnered the Grammy Awards nomination in hip-hop genre for ‘Regulate’ and ‘This D.J.’ in 1995. Additionally, he also received the MTV Movie Award nomination in 1995.

Warren G. has not revealed his current salary. However, he has an estimated net worth of around $ 10 million at present.

Warren’s early life has received numerous criticism over the years. He was involved with gangs during his childhood years and he also landed in jail at age 17 for gun possession.

Furthermore, his performance in one of the seventh inning stretches during a game in front of Cubs fan also received unwanted criticism. At present, there are no rumors concerning Warren and his career.

Talking about his body measurement, Warren has a height of 6 feet 2¾ inches (1.9 m). Additionally, he is bald and his eye color is black.

Warren G is active over social media. He has a huge number of followers on social networking sites such as Facebook, Twitter as well as Instagram.

Is singer Lorde engaged to her boyfriend Justin Warren?