Warren Kole is currently single and is not dating anyone. He has not shared any information regarding his love life.

Without any indication about his relationship, his silence has surely caused the public to believe that he is single. 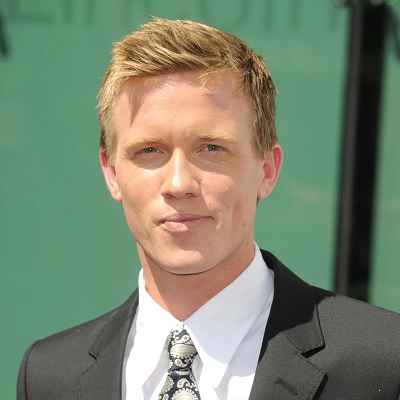 Who is Warren Kole?

Warren Kole is a well-known American actor best recognized for his portrayal of LAPD Detective Wes Mitchell on the USA Network original series Common Law. He also starred as Roderick in the first season of the FOX original series The Following and as FBI Agent Robert Stahl in the NBC crime drama Shades of Blue.

Kole was born on September 23, 1977, in Texas. As of now, he is 44years old. Talking about his nationality, he holds an American identity.

Moreover, he has not disclosed anything regarding his parents. Thus, we don’t have information on who his parents are.

He studied acting at Boston University in Massachusetts and began his career in local theater plays.

He also played Addley Koffin in the independent thriller Mother’s Day, alongside Rebecca De Mornay and Jaime King, and he appeared in the 2012 blockbuster The Avengers.

He also appeared on the TV show Rizzoli & Isles. Kole has a recurring role as Roderick on Fox’s The Following. Prior to Common Law, he had recurring parts on Fox’s The Chicago Code, 24, and Mental.

Warren also starred as Robert Wheeler in the six-part TNT miniseries Into the West, which was produced by Steven Spielberg and DreamWorks. He also appeared in the episode “Pick Me Up” of Showtime’s Masters of Horror anthology series. He can be seen in the fifth season of White Collar on the USA Network.

Kole debuted as FBI Special Agent Robert Stahl on the NBC series Shades of Blue in 2016, opposite Jennifer Lopez and Ray Liotta. Later, Kole would play Rafe Adler, the primary antagonist in the 2016 video game Uncharted 4: A Thief’s End.

Being an American actor, Warren has collected a wealthy sum of money from his career. However, his exact earnings or net worth is still under review.

As per the sources, he has an estimated net worth of $2 million – $5 million.

Owing to his professional career, Warren has not been a part of any kind of controversy till now. He has always maintained a distance between his career and personal life.

Warren stands tall at a height of 5 feet and 10 inches and weighs approximately 75 kgs.

Similarly, he has a tall and lean body and handsome looks. He has a pair of blue eyes and Golden colored hair which suits his personality well.