Warwick Davis is an English television presenter, writer, actor, director, and producer. He is married and a father of three. 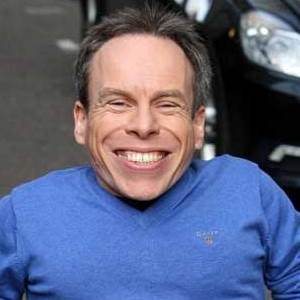 I don't think we see enough of that in comedy, so it was fun to have that opportunity

My life is quite physical anyway. When you are three-foot-six you kind of have to climb stuff now and again, and you find yourself in quite precarious situations just to manage in what is quite a big world.

What is the relationship of Warwick Davis?

Talking about his relationship, he met his wife Samantha Davis on the set of the film ‘Willow’ in 1988. The couple started dating and eventually, the got married in June 1991. The couple has two sons and one daughter namely Harrison Davis, Lloyd Davis, and Annabelle Davis.

The couple is living a happy life together with no signs of divorce and other marital affairs rumors.

Who is Warwick Davis?

Likewise, he is also well known for his character in ‘Willow’ and the ‘Leprechaun’ film series, the ‘Ewok Wicket’ in Star Wars Episode VI: Return of the Jedi and Professor Films and Griphook in the “Harry Potter” films. Presently, he presented ITV game shows ‘Celebrity Squares’ (2014- 2015) and ‘Tenable’ (2016)

Davis was born in  Epsom, Surrey, England on February 3, 1970, to parents Ashley Davis and Susan Davis. He has a younger sister, he was born with a condition known as spondyloepiphyseal dysplasia congentia, a rare form of dwarfism.

He belongs to British nationality and mix (English- Welsh- Irish) ethnicity. His birth sign is Aquarius. Talking about his education, he attended Chinthurst School then he attended City of London Freemen’s School.

Talking about his profession, during  1983, his character in the third and the final installment was highly successful ‘Star Wars’ trilogy, ‘Return of the Jedi,’ hit the screens and was an immediate success.

The film premiered in the presence of Prince Charles and Princess Diana and was an immediate success.’Similarly, in  1993, he adopted a villainous persona for the film ‘Leprechaun,’ which also starred Jennifer Aniston.

In 2008, he also appeared in the American fantasy–adventure film ‘The Chronicles of Narnia: Prince Caspian.’ Over the next few years, he turned to TV and appeared in series.

Talking about his lifetime achievements and awards, he performed his best and always received appreciation from others. But yet he has not received any of the awards.

Warwick Davis: Salary and Net Worth

There was a rumor that, Warwick will be making an appearance in the ‘Han Solo’ movie with a small role. Currently, there is no rumor and controversy regarding him and his career.

Talking about his body measurements, Davis has a height of 3 feet 6 inches. Additionally, he weighs is unknown. His hair color is light brown and the eye color is green. His shoe size is not available.