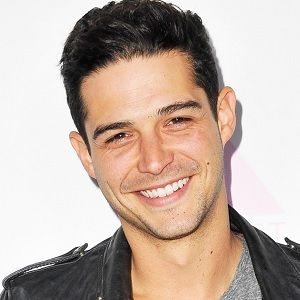 Wells Adams has recently started dating Sarah Hyland. Sarah is an American actress well known for her role in Modern Family.  After some rumors that hovered around for a long time, they finally were open about the relationship.

For now, the relationship is in a good state and it seems like they are pretty serious about it. Some of their photo on the social media suggests that they are happy with this for now. And since there are now any rumors going on already about the dispute in their relationship, they might get along for a long period of time.

Who is Wells Adams?

Wells Adams is an American Radio DJ. He has recently gained popularity as one of the contestants on an American reality show, The Bachelorette. He is the morning show host of Nashville’s independent radio. Currently, he is an on-air personality at iHeart Radio.

Wells Adams was born on May 19, 1984. The couple Bob Adams and Donna Adams gave birth to Wells in California, US. He also has two sisters, Marisa Adams Adair and Whitney Adams Mathes and two brothers, Brett Adams and Cord Adams.

Talking about his childhood, he has not shared many of his childhood memories and experiences with us until now.

As regards Wells’ academic qualifications, he is the graduate of the University of Mississippi in broadcast journalism.

Wells already had an experience of hosting since he hosted a show at KSPB Radio while he was in high school. A few years after leaving his college, he joined Tuned In Broadcasting, Inc. There he worked as afternoon drive host, PSA director, producer, and host.

In 2013, Wells joined Tuned In Broadcasting as a morning show host. He was the host of a show in Lightning 100. There he hosted the show, Twitter Tuesday, and Facebook Friday. He has also worked as a columnist for the Native and Brite Magazine.

Furthermore, Wells has also produced and created the show, the615. And currently, he is a morning show host on ALT 98.3. In addition, he is an Afternoon Drive host, Assistant Program Director and Music Director at 105.9 The Rock.

In 2014, Wells was titled as best DJ by the Nashville Scene and the Tennessean. In addition, he was also a finalist in Achievement in Radio Awards for Best New Talent.

Wells Adams: Salary and Net Worth

As of now, the details regarding his salary and net worth are unavailable. But, he must have a huge amount of wealth under his name.

Recently, Sarah Hyland posted some photos of her and Wells hanging out together. This aroused some rumors suggesting their new relationship. And it is now sure that they are dating each other.

Wells is 6 feet tall good looking guy. He weighs about 70 Kg and has fair skin. Furthermore, he has brown eyes and black hair. However, other details of his body measurements are currently missing.