Updated On November 15, 2022 | Published By: Paristha Acharya
Share this
Married 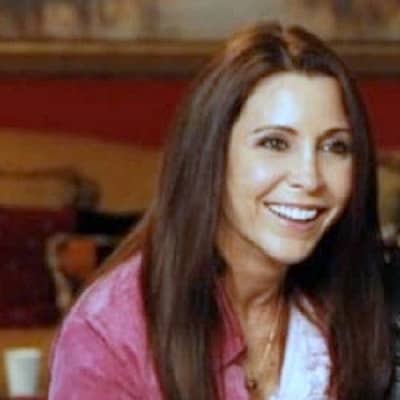 What I remember was that I couldn't talk, but I could hear people talking about me. My daughters told me that the doctor said to go in and say goodbye to your daddy, he's not going to make it.

What is the relationship of Wendy Barlow?

Wendy Barlow is a married woman. She exchanged her vows with a legendary wrestler Ric Flair on 2018, 12 September in Florida.

This couple’s wedding was attended by legendary wrestlers like Dolph Ziggler, The Undertaker, and Michael Hayes.

This couple began dating each other since 2013 and got engaged in 2016.

Previously, Wendy was married to Nicole Marios. She has a daughter Hillary Pattenden, born on December 27, 1990, with her first husband Nicole. Hillary is an ice-hockey goaltender.

Who is Wendy Barlow?

Wendy Barlow is a Canadian retired tennis player and a coach. She is best known for her professional tennis including The Championships, Wimbledon.

This tennis player was born on 7 March 1960, in Victoria, Canada with a birth name Wendy Barlow-Pattenden.

She has a brother named Hugh, and a sister Lori. She attended Brigham Young University and belongs to English descent.

Wendy Barlow was interested in sports and tennis from her childhood. Earlier, she began participating in the Victoria (British Columbia) Parks program, at the age of 10.

In 1978, she became an All-American at Brigham Young University. The same year, she participated at the Wimbledon tennis tournament and was defeated by Helen Cawley of Australia in two sets.

The next year, she played at the Dallas Women’s Professional Tournament but lost to Chris Evert. In 1980, Barlow won the Canada National Championship and was ranked #1 in Canada.

Later, she became the captain of the Canadian Federation Cup team and represented Canada in three Federation Cup matches. Wendy also played with the Women’s Tennis Association and her career record with this association was eight losses and one win. She won $2,825 prize money with WTA.

In 2013, she became a member of the Greater Victoria Sports Hall of Fame. Earlier, Wendy became Female Athlete-of-the-Year in 1978. She also became ‘Coach of the Year’ by Tennis Canada.

The salary for this sportswoman is under review. Meanwhile, according to some sources, she alongside her husband Ric has an estimated net worth of $4 million.

There is no rumor and scandal about this player. Meanwhile, she has managed to keep herself out of any controversy and rumor. She is doing well in her career.

Wendy Barlow stands 5 feet 10 inches tall and weighs 68 kg. Likely, she has brown hair and hazel eyes. Her body measurement is 36-27-36 inches, and her shoe size is 9 US.