Wendy Crewson is an eminent personality who is also an actress. 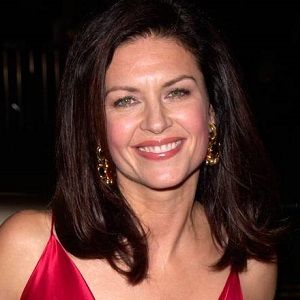 Wendy Crewson is believed single as of now. Previously, in 2014, she shared details about her sexual orientation. She proudly revealed that she is a Lesbian. Before this, she was once married. She was in a marital relationship with Michael Murphy for more than two decades.

Michael Murphy is an American TV/film/stage actor. The couple got wedded on March 7, 1988. Together, they lived for more than 20 years. Then after a long time together, things started falling apart between them. And finally, on January 10, 2009, they got divorced. During their time together, they had two children. They are Maggie and John Murphy. Maggie was born in 1989. And John was born in 1992.

Who is Wendy Crewson?

Canada-born Wendy Crewson is an eminent personality in the entertainment industry. She possesses Canadian nationality. Wendy is an actress by profession.

She acts in TV and films. Additionally, she is also a producer. Presently, she is famous for projects like “24,” “The Santa Clause,” “Air Force One,” and others. She is active in this field since 1980.

Wendy Crewson was born in Hamilton in Ontario, in Canada.

Her birth date is May 9, 1956. The name of her father is Robert Binnie Crewson. And her mother’s name is June Doreen. During her childhood, she grew up with her brother named, Brad Crewson in Manitoba, Canada.

For her education, she went to John Rennie High School in Pointe-Claire, Québec. Afterward, she enrolled at Queen’s University in Kingston, Ontario. During her college days, she worked at the theater.

Later for her further studies, she moved to London. There she attended the Webber Douglas Academy of Dramatic Art.

Wendy Crewson began her career in the early eighties. She debuted in a TV film, “War Brides” in 1980. The next year in 1981, she appeared in “The Littlest Hobo” and portrayed the character of Jenny. Discussing her feature film debut, she made it in a Canadian Horror film “Skullduggery” in 1983.

Simultaneously, she was working for TV all these times. From 1982 to 2000, she featured in many small and significant roles. Some are “Heartsounds,” “Street Legal,” “Ebbie,” “Night Heat,” “Love and Murder,” “Black Harbor,” and others. In 2004, she played the recurring role of Dr. Anne Packard in television series, “24.” Afterward, she did TV projects like “ReGensis,” “Sex Traffic,” “The Summit,” and so on. These roles earned her multiple nominations for Gemini Award.

Presently, her net worth and salary are not available.

Wendy Crewsone stands at a height of 5 feet 7 inches. Wendy has green eyes and black hair. But she keeps on changing her hair color. Similarly, she weighs around 60 kg. Her slim body measures around 34B-24-34 inches.