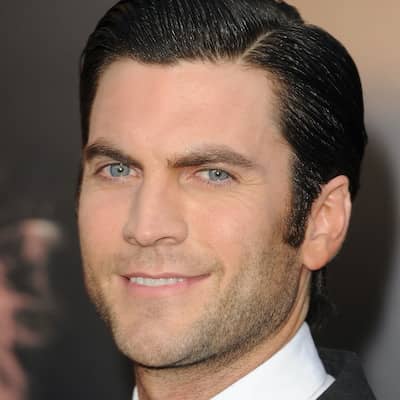 Wes Bentley’s relationship status at present is married. He exchanged vows with his second wife, a producer Jacqui Swedberg on 05 April 2010.

This couple is blessed is together since 2010 and has two children. Their son is Charles Bentley (b. 2010) and their daughter is Brooklyn Bentley (b. 2014).

Wes was first married to Jennifer Quanz, an actress on 25 Sep 2001. But this conjugal life fell apart due to his substance abuse in 2006.

Their divorce was finalized in the year 2009.

Who is Wes Bentley?

Wes Bentley is a popular American actor. He is popular for his acting skills in American Beauty, The Last Word, Yellowstone, and more.

His birthdate is 04 Sep 1978 and he was born in Jonesboro, Arkansas, the United States as Wesley Cook Bentley. The name of his mother is Cherie and his father is David.

Wes’s ancestry is a mix of German-Scottish-English and has a younger brother named Patrick Bentley. Also, he has two older brothers Jamey Bentley & Philip Bentley.

Regarding his academics, he first graduated from Sylvan Hills High School in 1996. Then he enrolled at Juilliard School to study drama.

Wes Bentley is a popular face of the entertainment world. Till now, he has shown his acting skill in several movies as well as TV shows.

By the recorded reports of 2021, he has an estimated net worth of around $3 million US. The salary from his long acting journey is behind the curtain.

This The Hunger Games famed actor is keeping himself away from rumors and desperate scandals. But he was once a drug addict due to which his first marriage was ended.

He started to use drugs after he got fame for the American Beauty movie. He did not tell anyone about this and it started to hamper his professional life.

Then in 2008 Wes was arrested and had to attend a 12-step program. After completion, he used only heroin which he told his friend and begged for help to get rid of the addiction.

He again went for the 12-step program and is now a success in being sober.

Wes Bentley’s height is 5 ft 11 inches and his body weight is 74 kg. Moreover, he has blue eyes and his hair is in black color.