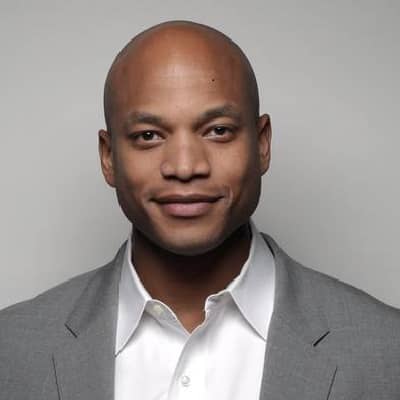 When it is time for you to leave this school, leave your job, or even leave this earth, you make sure you have worked hard to make sure it mattered you were even here.

I sat back, allowing Wes's words to sink in. Then I responded, "I guess it's hard sometimes to distinguish between second chances and last chances.

Wes Moore’s current relationship status is married. He is married to Dawn Moore in 2007. There is not much information about their marriage and how they met.

Who is Wes Moore?

Also, he is the CEO of the top poverty-fighting nonprofit organization, Robin Hood Foundation, and also of BridgeEdu.

Wes was born on October 15, 1978, in Baltimore, Maryland, the U.S. His father, William Westley Moore Jr. was a radio news host, and his mother, Joy Moore was a native of Lower River Jamaica.

Unfortunately, his father died when he was four yrs old. After that, her mother along with him and two sisters moved to Bronx, New York to live with their grandparents.

His grandmother, Winell Thomas, was a retired school teacher. His grandfather, Rev. Dr. James Thomas, was the first black minister in the history of the Dutch Reformed Church.

He holds an American nationality and is of African-American ethnicity.

Moore went to Riverdale Country School at Riverdale where he encountered academic and disciplinary challenges.

Immediately after, he attended Wolfson College becoming a scholar at Oxford University in Rhodes. He earned a master’s degree in International Relations.

Wes Moore started his financial career at Deutsche Bank in the International Trade and Finance Division. Later he left it and joined the U.S. 82nd Airborne Division. In Afghanistan, he led a team of paratroopers and special operators and also received The combat Action Badge.

After returning to the United States, he was accepted as a fellow of the White House. He placed in the U.S. Office of the State Department. Foreign Assistance Resources where he tracked foreign aid. Wes served at the White House for a year, then returned to New York to work in finance at Citigroup.

Moore is a vocal advocate to represent those who served in the U.S. military. He is associated with groups like Iraq Afghanistan Veterans of America and Things We Read, and Veterans of Foreign Wars (VFW). He also served to Secretary of State Condoleezza Rice as a White House Fellow.

The first book published by Moore was The Other Wes Moore in 2010. This book and The Work are bestsellers of the New York Times. His first Young Adult novel, This Way Home, was released in  2015.

He is also a contributor to various publications including The Wall Street Journal, The Huffington Post, The Baltimore Sun, The New York Times, and many other publications. His latest book is Five Days.

Moore is the founder and chairman of BridgeEdu. He founded it with the purpose of building better on-ramps for underserved students in higher education and career preparation.

He is the CEO of a charitable organization The Robin Hood Foundation. It is one of the largest anti-poverty forces in America. The foundation attempts to eradicate problems caused by poverty in New York City. It also administers a relief fund for disasters in the New York City area.

Moore is also a vocal advocate. He has served in the military overseas and also worked with various veterans groups. Also, Moore is a member of the Veterans of Foreign Wars (VFW).

He has also a TED talk at TEDSalon NY2014 titled How to Talk to Veterans About the War.

In addition, he was also the host for Beyond Belief on the Oprah Winfrey Network. Moore also worked for different productions including programs on OWN and CNN.

Moore is the executive producer and writer for Coming Back with Wes Moore on PBS.

His book was The New York Times Bestsellers. Further, he is also a producer and owns a foundation. So he must have good earning through his career.

Wes has maintained a good relationship with everyone in his personal and professional life. And so, he is far from any type of rumors and controversies.

The information regarding Wes Moore’s height and weight is unknown. He has a clean-shaved head with black colored eyes.