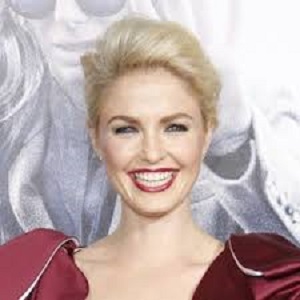 Whitney Able was a married woman. She exchanged vows with Scoot McNairy since June 14, 2010. Scoot is an actor and also a producer.

This couple has welcomed two children. She has not disclosed her children’s names. However, this relationship ended with a divorce in 2019.

Who is Whitney Able?

Whitney Able is an American actress and model. She is popular for her roles in ‘All the Boys Love Mandy Lane’ and ‘Monsters’.

Also, she has been featured in ‘Maxim’ magazine.

Her father’s name is Gary Able and her mother’s name is Linda (priest). She has got two brothers and one of her brothers is Gray. Whitney lived in Spain and Mexico. She is fond of the Spanish language.

Whitney holds American citizenship but ethnicity is a mix of German, English, French, and Scottish.

Talking about Whitney’s education history, she has not disclosed any information about her institution’s name.

Whitney Able started her career from the low-budget film ‘Age of Kali’ in 2005. Then, she appeared as Eve in the film ‘Dead Lenny’ and gained a role in the pilot of the TV show ‘Secrets of a Small Town’ but the show was not picked up by American Broadcasting Company.

Able made her breakthrough from the horror film ‘All the Boys Love Mandy Lane’ alongside Amber Heard and received mixed reviews from critics. Then, she made her guest appearances in ‘CSI: New York, Cold Case’.

She has been nominated for Seymour Cassel Award in the category Outstanding Performance by an Actress for ‘Dark’ in 2015.

The 38 years old actress has maintained her celebrity status to date and has not been involved in any type of rumors and controversies in her career.

Whitney Able has a height of 5 ft. 7 inches and weighs 58 kg. She has brown eyes and blonde hair.

She has not disclosed her body measurements, shoe size, dress size, etc.

To know more about Susan Blakely, Andrea Bendewald, and Joyce DeWitt, please click on the link.