Updated On January 29, 2023 | Published By: Shahid
Share this
In Relation 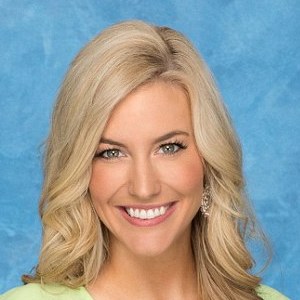 What is the relationship of Whitney Bischoff?

Whitney Bischoff was engaged to Chris Soules on ‘The Bachelor’ show. But by May 2015, they ended their engagement. In 2016, she announced her engagement to Media Regional Sales Manager, Ricky Angel.

Who is Whitney Bischoff?

Whitney Bischoff is a nurse by profession who works at a fertility center in Chicago, Illinois. Whitney Bischoff shot to fame when she participated and won season 19 of ‘The Bachelor’ show on ABC network. She was chosen as the bride by the American farmer, Chris Soules on the show. She is a career-oriented American lady.

Whitney Bischoff was born on 24 June 1985, in Louisville, KY. Her nationality is American and ethnicity is North American.

Her father has abandoned the family, while her mother has expired. Whitney Bischoff had a very good relationship with her mother. Her sister is her moral support now and is on her side whenever she needs any assistance.

Whitney Bischoff was born and raised in a single-parent household. Her father had deserted the family. Her mother died when she was young and her elder sister, Kimberly Bischoff was her support. Her sister is 5 years older to Whitney. Kimberly is an attorney practicing law in Charlotte, NC.

Whitney Bischoff has obtained a Science degree from the University of Kentucky. In 2007, she graduated as a registered nurse.

Whitney started her work as a Third Party IVF (in-vitro-fertilization) nurse coordinator at various fertility centers of Illinois. She had dreamt of marrying a person who was a bit shy and ready to accept an outgoing girl like her. She joined the season 19 of ABC’s ‘The Bachelor’ show and had won the hearts of many viewers. She had a good rapport with the other competitors on the show. In March 2015, she won the season and got engaged to Chris Soules. Her popularity soared and she gathered a number of fans and followers.

Whitney Bischoff: Salary and Net Worth

Whitney Bischoff broke her engagement to Chris Soules probably since it was suspected that he was cheating on her by starting a new affair with his ‘Dancing with the Stars’ partner Witney Carson. She herself started dating Ricky Angel and officially announced her engagement to him in July 2016. There has been no further news of any dating episodes or link-ups in her life.

Earlier in June 2016, she was rumored to be dating Nick Viall, another contestant on ‘The Bachelor’. She did not get subjected to any major controversy and her split with Chris Soules was also mutual and decent.

Her ex-fiance was seen on season 21 of ‘The Bachelor’ advising Bachelor Nick Viall. Whitney questioned this act saying that how can a person who has not found love advice anyone else about it. This was appreciated by her fans and viewers.

Whitney has the height of 5 feet 7 inches. Her body weighs 60kg. She has blonde hair and greenish-blue eyes. Besides these, there are no details regarding her body measurements.

Didn’t know freezing Egg was a thing?…..Well The Bachelorette’s Kaitlyn Bristowe is Freezing her Eggs!! Know what is it all about…