Whitney Peak is an actress of Chilling Adventures of Sabrina. 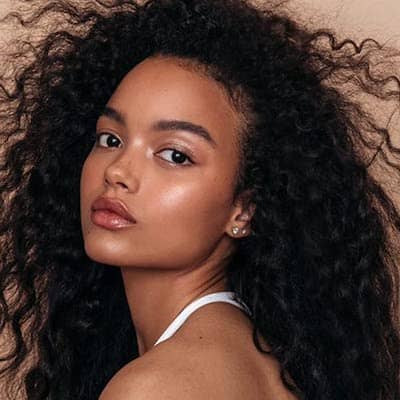 Whitney Peak’s relationship status is possibly single. She has not shared the details regarding her affair or boyfriend.

Who is Whitney Peak?

Whitney Peak is a Ugandan-Canadian actress. She is popular for appearing in Gossip Girl, Home Before Dark, Chilling Adventures of Sabrina, etc.

Two of her projects Hocus Pocus 2 and Helvellyn Edge are currently filming.

Her birthdate is 28 Jan 2003 and she was born in Kampala, Uganda as Liseska. The name of her mother and her father is not given.

But her mom is a hairdresser while her dad is a helicopter pilot/engineer. Further, Whitney’s ancestry is Ugandan and has three elder brothers as well as sisters.

As per her academics, she attended Terry Fox Secondary.

Whitney Peak’s first appearance was in the TV movie Campfire Kiss (2017) as Gillian. From here, she started to gain popularity and was cast as the main lead in several other projects.

She is praised for her role in the series Gossip Girl as Zoya Lott.  She was also featured in series such as Home Before Dark as Alpha Jessica and Chilling Adventures of Sabrina as Judith.

Some of her briefly acted projects are

By the records of 2021, she has an estimated net worth of around $500k. But her annual salary is not yet disclosed.

With the help of her social account, she promoted brands like Miu Miu, Chanel, Chrome Hearts, Urban Outfitters, Versace, and many more.

This Gossip Girl actress is keeping herself away from scandals as well as rumors.

Whitney Peak’s height is 5 ft 4 inches and her body weight is 56 kg. Adding more, she has dark brown eyes and has hair in dark brown color.

Whitney is available on social networking sites. On the Instagram platform, she has around 309k  followers.