Whitney Thore is dating Luby Francis Bell III. She has posted photos with him with lovely captions on her social media handle.

She was engaged with a guy named Chase Severino. They exchanged rings in Oct 2019.

But they ended this relationship in late May 2020. The reason for their split is said to be because Chase cheated on her with his previous girlfriend.

He impregnated his old flame and has a child Aurora Joyce born on 9th September 2020. However, he has not revealed about the child’s mother in the media. 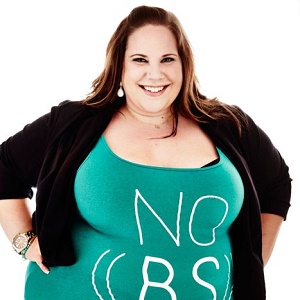 Fat-shaming is a thing

it's a really big thing, no pun intended, it is the really nasty spawn of a larger parent problem called body-shaming, which I'm fairly certain everyone on the planet, especially women, has experienced.

Who is Whitney Thore?

Whitney Thore is an American reality television personality best known for her appearances on the Television show “My Big Fat Fabulous Life”, which the TLC network airs.

As a fat acceptance movement activist, Whitney Thore has also achieved national recognition for her online campaign for positive body image, NOBODY SHAME.

Whitney Thore was born on April 14, 1984, in Greensboro, North Carolina. Her nationality is American and her ethnicity is Caucasian.

Her birth name is Whitney Way Thore. She was born to Glenn(father) and Barbara Thore(mother). She has an older brother, Hunter, who resides in New York City.

Whitney was accepted into the theater summer enrichment program at the “Governor’s School of North Carolina” at “Meredith College”. After graduating from “Page High School” in 2002, Thore enrolled at “ Appalachian State University” in Boone, North Carolina majoring in theater.

After she graduated from college, Thore relocated to South Korea to teach English to schoolchildren.

“My Big Fat Fabulous Life” is an American reality television series that chronicles the life of “Whitney Way Thore”, a woman who weighed 380 pounds at the beginning of the series (which Thore attributes to polycystic ovary syndrome) and is determined to lose weight throughout the courses of the series.

Whitney Thore became popular when her former radio station’s morning show, Jared ad Katie in the Morning on 108.5 KZL came up with and posted “107.5 KZL,s Fat Girl Dancing” videos, with more than 8 million views on YouTube.

Whitney gained national attention for her viral video “A Fat Girl Dancing” in February of 2014. She is also Associated with Her “Fat Girl Dancing” video was set to Jason Derulo‘s song “Wiggle”.

There was a rumor about Whitney a lesbian when she was caught in bed with another woman earlier this season.

But even though Whitney denied it when her mom Barbara Thore confronted her about her sexuality, she’s still fueling rumors with her latest Instagram video.

Whitney has a height of 5 feet 2 inches. She has a heavy body and weighs 170kg. She has dark brown hair and blue eyes. Furthermore, there are no details regarding her body measurements.