Posted by MarriedBiography Posted on March 5, 2020 | In Career , Dating , Relationship
Share this 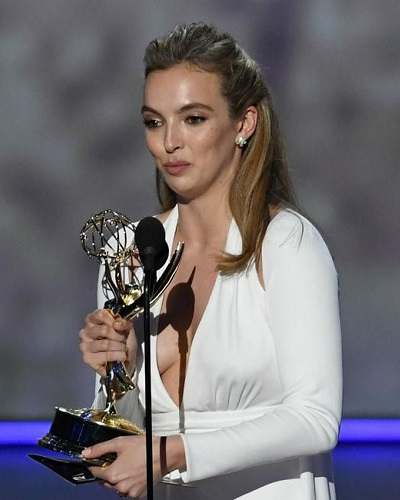 Jodie Comer, the English actress is quite a private person while it comes to her relationship matters. She has managed to keep her love life lowkey. This is the reason people tend to wonder what is her relationship status. The actress got candid while talking about her relationship with the camera.

Who is Jodie Comer dating?

In the recent interview, the actress got raw about her relationship and love life. She was recently in the interview with British Vogue. At the time, she revealed she was single for the longest time but currently she is dating someone. When she got the question about her love life, she revealed she is very much in love. Furthermore, the actress shared that she thinks love is the best. As she was single for a long time, she is going with the flow and is doing her things. The actress also pointed out that she was not actively looking for a relationship. In addition, she said:

“That’s the thing, isn’t it? When you’re relaxed and letting the universe do what it’s doing, things kind of fall into place. Which is very much what happened. Which is great.”

However, she has not yet revealed the name of the love of her life. Back in 2019, while accepting the award at the 71st Annual Emmy Awards, she mentioned she did not come with her mom and dad. But she did mention she came there with the two-person she loves. One of them was her brother and people speculated the second one can be her boyfriend. Meanwhile, she kept quiet and did not reveal anything about her relationship.

Further in the interview, she also talked about her career and work life. At the time, she disclosed that she once had a time when she was not getting any work before she was on ‘Killing Eve’. She also shared the time while she wasn’t working for eight or nine months. In addition, she stated:

“You get up in the morning, get yourself ready, get to the train station, two-hour train, get to your audition, you’re in there for 10 minutes, and then you’re coming all the way back home.”

The actress revealed at the time she was going through the phase of  “stunk of desperation”. She was trying to get the job and also go to several auditions. In recent years, she is rising in her career through her international television presence on My Mad Fat Diary, Thirteen, and Doctor Foster.

You may also read- Who Is Kelly Brook Dating In 2020? Know About Her Boyfriend And Relationship Status!

Jodie is an English actress, she is well best known for her roles as Chloe Gemmell on the comedy-drama series, My Mad Fat Diary. Besides that, she also played the role of Ivy Moxam in the BBC 3 miniseries, Thirteen and as Queen Elizabeth of York in the Starz miniseries, The White Princess. See more bio…