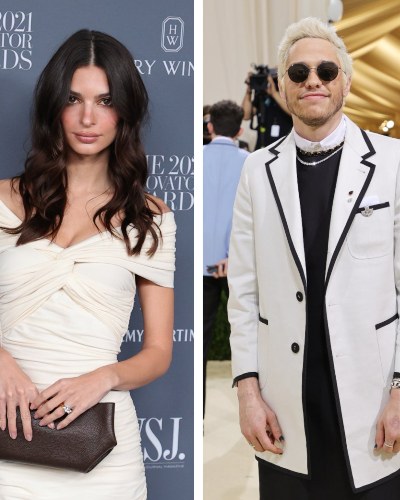 Pete Davidson has been the talk of the town after hanging out with Kim Kardashian. Over the years, he has dated high-profile ladies including Phoebe Dynevor, Ariana Grande, and Kate Beckinsale. He has been charming all these ladies and have stolen their hearts.

Model Emily Ratajkowski revealed that Pete is super charming which is the reason he is loved by ladies. Emily appeared on the 8th November 2021 episode of Late Night With Seth Meyers and said,

“He’s a professional. First of all, you should know that about Pete.”

“Pete he’s got the height. Obviously women find him very attractive. Guys are like, ‘Wow. What’s that guy got? And I’m like, I mean, he seems super charming. He’s vulnerable. He’s lovely. His fingernail polish is awesome. He looks good!”

Davidson also has a great relationship with his mother which is also a plus point. The reason why Ratajkowski talked about Pete might be to support Kristen Mulrooney who tweeted on 1st November 2021 that every time Pete starts dating another beautiful celebrity everyone questions him how things happened. Kristen said that people ignore the fact that he might have a nice personality. He has surprised fans by dating and being rumored with various celebrities.

Pete is an American actor and comedian. People mostly recognize him as the cast member on Saturday Night Live.

Additionally, he has also appeared in MTV shows including Guy Code, Wild n Out, and Failosophy. Read more bio…