Posted by MarriedBiography Last Modified June 22, 2020 | In Death
Share this 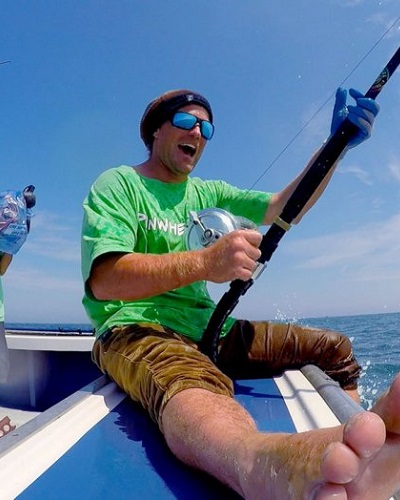 Nicholas “Duffy” Fudge, the star who was one of the most important people of National Geographic Channel’s reality show Wicked Tuna is no more.

Fudge passed away on the 19th of July 2018, and he was just 28 years old. According to his colleagues, his death was sudden however, after the investigation cause of his death was said to be due to decompression sickness. His death was mourned by his show via Twitter.

“@NatGeoChannel and @Pilgrim_Studios were saddened to learn that Wicked Tuna cast member Nicholas “Duffy” Fudge passed away this week. Duffy was the first mate on Captain Tyler McLaughlin’s fishing vessel, Pinwheel. We join his family and friends in mourning his untimely loss.”

His fans were shocked while replying to the post and wished for his departed soul to rest in peace. No cause of death has been known but according to the obituary for Nicholas “Duffy” Fudge by Remick & Gendron Funeral Home-Crematory, it was an untimely and sudden death. However, later it was said that he died due to decompression sickness which is also called the bends.

The obituary described him as a passionate and coolest kid who could make you just as cool:

“His passions were fishing and the outdoors. As a child, Nick began tuna fishing with his father and grandfather. Someone once said, “Nick was always the coolest kid, but he had a way of making you feel like you were just as cool.”

Nicholas became a very important part of Wicked Tuna after being the top sports fisherman. Rather than just being, the star earned his place on the reality show which he took really seriously and protected it as his main responsibility:

“After becoming one of the top sports fishermen in the country, he earned a place on the National Geographic reality show Wicked Tuna for multiple seasons. Nick also treasured the environment and he took seriously his responsibility to protect it.”

He was described as the light with an adventurous spirit, mischievous sense with a big smile, a fearless heart who always had big hugs to give.

“His presence could light up any room and he had a heart of gold. He was known for his smile, his fearlessness, his adventurous spirit, his mischievous sense of humour, and giving big hugs.”

His after-life adventure was described in the following words:

“Nick now begins his next adventure to locate his missing cell phones, ID’s, and credit cards.”

Donations will be made in Fudge’s name and the visitation will be held on Wednesday, July 25, 2018, in the Remick & Gendron Funeral Home, where the visitors are especially asked to wear “Duffy style”.

Death just before his 29th birthday

According to Fudge’s obituary,

“His passions were fishing and the outdoors. As a child, Nick began tuna fishing with his father and grandfather. After becoming one of the top sport fishermen in the country, he earned a place on the National Geographic reality show Wicked Tuna for multiple seasons. Nick also treasured the environment and he took seriously his responsibility to protect it.”

Nicholas is reported to be arrested four months ago on 28th of March, by the police after some caller contacted the Portsmouth Police Department and complained about “possible drunken driver on Islington Street.”

According to Seacoast Online Fudge was charged for disobeying an officer as well. It reported:

“He was also cited for crossing a solid line and allegedly having an open container of alcohol.”

According to People, the charges were confirmed by lieutenant McCain. He confirmed the following charges: Fudge disobeyed an officer; was driving while intoxicated; driving after revocation or suspension; resisting arrest; city ordinance for open container; ticket for solid line violation; and default or breach of bail conditions. Fudge was discharged and his case was still under investigation because he hadn’t been adjudicated yet.

You may like to read The murderer of TV producer and director, Barry Crane arrested 34 years after his death in July 1985!

Nicholas “Duffy” Fudge was a top sports fisherman in the country. After winning the title, he became the cast as the host of the show called Wicked Tuna. He later became a part of the series’ second season as well. He was known for his passionate fishing skills in the National Geographic Channel.