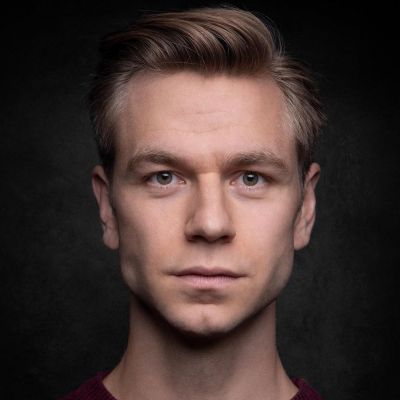 Wilf Scolding is already taken. He is in a romantic relationship with an actress Katie Clarkson-Hill.

As of now, the duo keeps a low-key profile about their love life.

Who is Wilf Scolding?

Wilf Scolding is an English actor and theater artist. He emerged the popularity after portraying the role of Prince Rhaegar Targaryen in the seventh season of HBO’S hit series Game of Thrones.

Scolding is a very secretive person when it comes to his personal life. He hasn’t yet disclosed the identities of his parents and other family members in the media.

Also, the academic details are under the curtains. Further, he is of British nationality whereas his ethnicity is unknown.

In 2009, Wilf made his first television appearance in an uncredited role on the adored UK teen drama, Skins. He then appeared as Anton van Lalaing in an episode of Borgia in 2014. That year, he also appeared in the role of Freddie in the 2014 miniseries, The Passing Bells. Wilf made his featured film debut in 2017 playing Inspector Shoerope in Bees Make Honey.

Similarly, he has appeared in several British television shows such as Doctors, Six Wives with Lucy Worsley, The One, and more. He has been cast as a workman in an upcoming fantasy film, Fantastic Beasts: The Secrets of Dumbledore.

Besides acting, he is a professional chef and works as the head chef of The Dove pub in Hammersmith, London.

Wilf has managed to maintain a clean profile in the media. He hasn’t been part of any sorts of rumors and scandals that create headlines in the media.

Wilf might have amassed a hefty amount of income from his multiple profession as an actor and chef. However, he hasn’t shared his net worth, salary, and other earnings in the media.

Talking about Wilf’s physical appearance, he has a towering height. He stands at the height of 6 feet 3 inches tall. Likewise, he has a brown pair of eyes and his hair color is light brown.

The actor is active on Instagram under the username @wilf.scolding where he has more than 13.1k followers. Similarly, he has over 4.2k followers on his Twitter account.