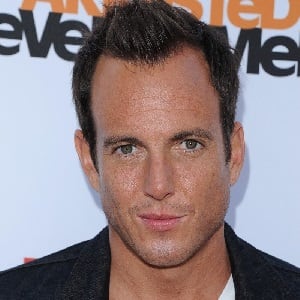 Quick Facts of Will Arnett

And we... right from moment one, we were always kinda up against the wall a little bit when it came to the future of the show. There were always rumors.

It doesn't look great if you cancel the reigning Best Comedy Program, you know, you're gonna take a hit from a... from sort of a public relations standpoint.

I mean, I gotta say one of the greatest victories on that show was when we got picked up for the back nine of the first season, and they made it a full order.

This pilot [Arrested Development (2003)] by far was the best I ever read -- and I hope that insults every other pilot I worked on.

Relationship Facts of Will Arnett

Who is Will Arnett?

Will Arnett is a Canadian-American actor, producer, and comedian. People mostly know him for his role as George Oscar “Gob” Bluth II in the Fox/Netflix series ‘Arrested Development.’ Additionally, he has also appeared in several other movies and television series including ‘Teenage Mutant Ninja Turtles’, ‘Monsters vs. Aliens’, and ‘The Nut Job’ among others.

Arnett was born in Toronto, Canada on May 4, 1970. He was born to parents Edith Alexandra and Emerson James. Additionally, he has two older sisters and a younger brother.

His father served as the president and CEO of Molson Breweries. Will became interested in the world of acting from an early age. Derek is of American and Canadian nationality. Furthermore, he belongs to the mixed ethnic background of English, Scottish, Irish, Dutch, and French.

Talking about his education, Arnett attended Lakefield College School in Lakefield. In addition, he has also attended the Tarragon Theatre, Leaside High School, Concordia University, and the Lee Strasberg Theatre and Film Institute.

Arnett initially appeared in plays in New York. Additionally, his first acting role was in Felicity Huffman’s independent film ‘Erie.’ Will made his first television pilot with Kevin Pollak in February 1996. In 1998, he had the role of Whitey in the movie ‘Southie.’ In 1998, he appeared in ‘The Broken Giant’ and in 1999, he had roles in ‘The Waiting Game’, ‘Sex and the City’, and ‘The Mike O’Malley Show.’ Since then, he has appeared in several other movies and television series. All in all, he has over 100 credits as an actor.

Some other movies and television series that Arnett has appeared in include ‘Riviera’, ‘Unikitty!’, ‘The Guest Book’, ‘Show Dogs’, ‘Hot Date’, ‘Flaked’, ‘A Series of Unfortunate Events’, ‘Bad Internet’, ‘Popstar: Never Stop Never Stopping’, ‘Unbreakable Kimmy Schmidt’, ‘The Increasingly Poor Decisions of Todd Margaret’, ‘The Millers’, ‘Wander Over Yonder’, ‘The ArScheerio Paul Show’, ‘Up All Night’, ‘The Cleveland Show’, ‘Sesame Street: Elmo’s Magic Numbers’, ‘Comedy Bang! Bang!’, ‘Running Wilde’, ‘The Office’, ‘Jonah Hex’, ‘When in Rome’, ‘Parks and Recreation, ‘Sit Down Shut Up’, ‘Spring Breakdown’, ‘The Rocker’, ‘Semi-Pro’, ‘The Comebacks’, ‘The Brothers Solomon’, and ‘On Broadway among others. Furthermore, Will also has 10 credits as a producer and 2 credits as a writer.

Arnett has garnered five Primetime Emmy nominations. Additionally, he has also received the American Comedy Award, Gold Derby TV Award, Blimp Award, and BTVA Feature Film Voice Acting Award nominations. All in all, he has 10 wins and 29 nominations to his name for various awards to date.

Arnett has not revealed his current salary. However, he has an estimated net worth of around $ 12 million at 2022.

Will Arnett: Rumors and Controversy/Scandal

There are several rumors which suggest that Arnett might be dating actress Jennifer Aniston. The pair was spotted getting together Furthermore, several movies and television that Will has appeared in like ‘Arrested Development’ and ‘Wardogs’ have gathered controversies over the years.

Talking about his body measurement, Arnett has a height of 6 feet 2½ inches or 189 cm. Additionally, he weighs around 88 kg or 194 pounds. In addition, his hair color is dark brown and his eye color is blue.