Will Estes is an American actor. He is best known for playing JJ Pryor on the NBC series American Dreams from 2002 to 2005. Currently, she is single. 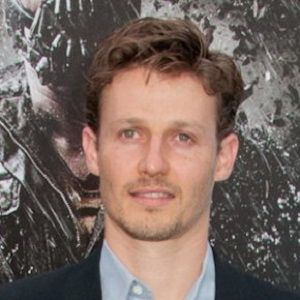 Quick Facts of Will Estes

I'd love to learn to cook. I think the ladies like a guy who can cook. Also, there are lots of available ladies at cooking classes. Can you tell I'm single?

I'm into all that sappy stuff - a surprise picnic, nice dinner, or traveling. I'm kind of an old romantic

Relationship Facts of Will Estes

Will Estes hasn’t mentioned about his affairs publically and has managed to keep it low profile. Currently, he is single.

Who is Will Estes?

Will Estes is an American actor. He is best known for playing JJ Pryor on the NBC series American Dreams from 2002 to 2005.

He currently plays the role of Officer Jamison Reagan in the American police procedural and legal drama series Blue Bloods since 2010.

Will Estes was born on 21 October 1978, in Los Angeles, California, USA. His current age is 40. He is of Mixed(Swiss, American) ethnicity.

His birth name is William Estes Nipper. He is the son of Bill Nipper(father) and Mary Lu Nipper(mother). He does not have any siblings.

He was an actor since his early years and had won Best Young Actor in an Off-Primetime Family Series at the age of 12.

Will attended Santa Monica College majoring in English literature. As a teenager, he trained in gymnastics. Estes was interested in acting since his childhood age. He did commercials as a child, which was his first experience with acting on television.

Will began his acting career appearing in several commercials as a child. His first film acting role was as Brandon DeMott Capwell in an episode of the TV film Santa Barbara.

He made his big-screen acting debut in the film Dutch in 1991. His break-out movie role was as Seaman Ronald Parker in the 2000 film U-571.

Later on, he had numerous guest-starring roles in series like Highway to Heaven. He landed his first major role in a television series when he was selected to play Will McCollough in The New Lassie.

He played the role from 1989 to 1992. Moreover, he has appeared in numerous movies and TV films. His other acting credits include 7th Heaven and The Dive From Clausen’s Pier.  Since 2010, he plays the regular role of Officer Jamison Reagan in Blue Bloods.

Will Estes has an estimated net worth of 5 million dollars. As per his salary, it is recorded around $941,176 per year. His acting career has helped him to gain fame and fortune.

There were rumors that Will was having an affair with Vanessa Ray, a Pretty Little Liars actress. But the rumors turned out to be false as she is married to Landon Beard.

Will Estes has a height of 5 feet 8 inches. His body weighs 75kg. He has dark brown hair and green eyes.

Photos of Will Estes

How Will Estes prepared himself for the role of police officer Jamie Reagan in Blue Bloods?