How Will Estes prepared himself for the role of police officer Jamie Reagan in Blue Bloods?

Posted by MarriedBiography Posted on April 28, 2019 | In Career , Entertainment , Interesting Facts
Share this 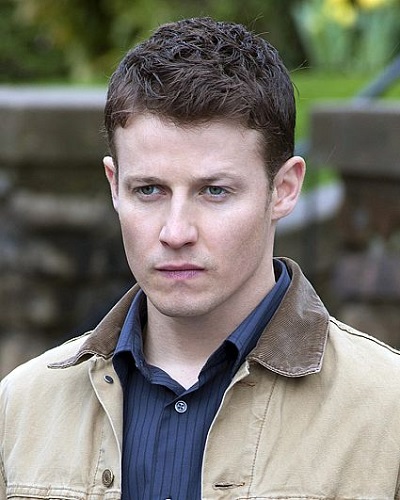 American actor Will Estes appears as Jamie Reagan in Blue Bloods for the past nine seasons. He is an action hero in the series and portrays the role of a cop in it. There are a number of scenes where he needs to do perilous actions including catching fire. The viewers of the show wonder whether all this is mere camera trick or true? If it is true, then who does the stunts in the show? Is it Will himself or he has a body double stuntman who does it for him.

Will Estes and his scene of being lit by fire

In the episode called Loose Lips, Will who plays Jamie is in a police cruiser and fire touches and torches him. He revealed producer Dave Barrett approached him to do the stunt. Will said:

“The producer Dave Barret, who’s a lot of fun, came to me and said, ‘How are you with fire? Being lit on fire? I said ‘I don’t know Dave. I’ve never been lit on fire before.’”

“I was lit on fire in the car, jumped out, rolled around and put myself out,”

Dave did some of the fire stunts but also got the help of a body double for more dangerous stunts.

Will Estes and his guidance from a real-life cop

The cast who played police officers needed to get some training prior to their roles so that they can properly execute it. Will revealed:

“We have an incredible technical advisor on the show who was a detective with the NYPD for 24 years. He did homicide, and has seen it and done it all. I go to him for everything, and I just try to soak it all up.”

Will makes it a point to pick up the small subtle things that go in to make a cop. He said:

“For me as an actor, what helps me are the finer points, the small nuances and the things that give insight into the mentality and the emotional content of the work, of the job, of being a police officer.”

Will had to master a few things before he started filming for Blue Bloods. He said:

“I mean, you learn to come in and control an isolated situation with other human beings for your safety and for their safety. You learn to deal with people and the roughest elements of society in a way that nobody else really does. That’s why I think when you look at somebody who’s a cop or military personnel not in uniform, you can just feel it.”

Firearm training of Will Estes

As a cop, Will has to carry a firearm and use it at times. His co-star Vanessa Ray had once talked about it and disclosed:

“Our producer, James Nuciforo, who is the unsung hero of our show, took Marisa [Ramirez], Will [Estes] and I to a shooting range. It was the first time I ever shot a gun since I didn’t really grow up with guns.”

Short Bio on Will Estes

Will Estes is an American actor. He is best known for playing JJ Pryor on the NBC series American Dreams from 2002 to 2005. He currently plays the role of Officer Jamison Reagan in the American police procedural and legal drama series Blue Bloods since 2010. More Bio…