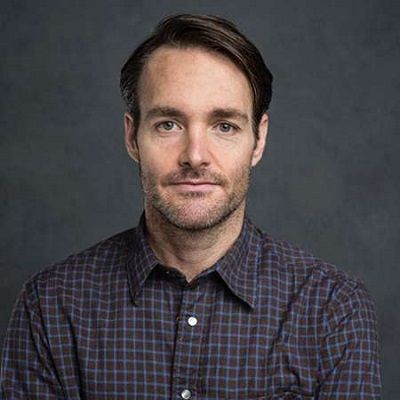 Facts of Will Forte

"There's kind of weird, intense energy that flows through the place. I tend to get in there about 3 or 4 in the afternoon and get out around 8 a.m. Wednesday. You end up drinking a massive amount of coffee and downing a lot of Funions." (On the Tuesday-night "SNL" writing regime)

If I had become a cross-dresser it would have taken her just a second because my mom is very supportive and she would have loved me anyway.

I just didn't want to be the kind of person who always seemed like they were ON. That would annoy me when there seemed to be people who always seem to be on.

Relationship Statistics of Will Forte

Will Forte dated actress Sarah Chalke for a short period of time in 2000. Will start dating actress January Jones in April 2015 and the couple was often spotted at events and parties. However, their relationship soon fizzled out and the two decided to call it quits in September 2015.

Who is Will Forte?

Will Forte is an American award-winning actor, writer, and producer best known for his acting and writing in the American comedy series ‘Saturday Night Live’ and comedy television series ‘The Last Man On Earth,’ which was also created by him.

Talking about Will’s education history, he graduated from ‘Acalanes High School’ in 1988 and was a member of their swimming and football teams. He obtained a degree in history from the ‘University of California’ and was also a member of the North American college fraternity ‘Lambda Chi Alpha’.

Talking about his profession, Forte’s first successful foray into comedy was 101 Things to Definitely Not Do If You Want to Get a Chick’.  The next assignment he received was for an American late-night talk show ‘Late Show with David Letterman’ hosted by David Letterman on CBS.

He also tried stand-up comedy many times at events like open mic nights.  Around this time he also received the offer to be on the comedy show ‘Saturday Night Live’. Additionally, Will joined the cast of ‘Saturday Night Live’ for the twenty-eight season. In addition, he played various characters including politician Tim Calhoun, a businessman–the Falconer, and football coach Peyton Manning. He also wrote and co-starred in the film ‘The Brothers Solomon’ (2007).

Eventually, Will was cast in the television series ‘7 Days in Hell’ (2015) and ‘Maya & Marty’ (2016), and also played the role of ‘Hulka’ in the action-comedy film ‘Keanu’ (2016). He co-starred with actor, comedian, writer, and producer Jordan Peele and comedian Keegan-Michael Key.

Will Forte has an estimated net worth of around $8 million and he has earned that sum of money from his professional career. Will has appeared in the following commercials FOX TV ‘Green It. Mean It.: Household Waste’, Hulu TV ‘The Finales Are Just the Beginning’, DIRECTV ‘Freedom: Seize the Data’

Will Forte: Rumors and Controversy/ Scandal

There was a rumor that Will Forte dating actress Jamie Alexander on July 2016. The pair, however, chose not to comment on their relationship status and maintained silence over the topic.

Will has a height of 5 feet 9 inches and he weighs is 70Kg. Will’s hair color is dark brown and his eyes color is grey.

Photos of Will Forte

‘Hamilton’ star Miguel Cervantes’s 3 year old daughter dies before her fourth birthday!! His family who is going through this heartbreak