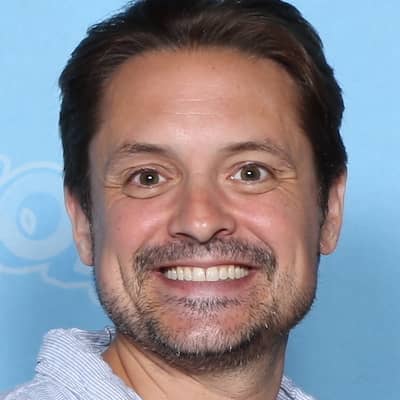 Quick Facts of Will Friedle

"Toward the third season, they made Eric really dumb. It was so much fun to play. You couldn't do anything wrong because everything Eric did was absolutely right for him." --on character Eric Matthews from Boy Meets World (1993).

Relationship Facts of Will Friedle

Will Friedle at present is a married man. Though he has not shared the details of his wedding, his girlfriend turned wife is Susan Martens. They exchanged vows on 25 September 2016.

He gave her a nickname and calls her Mrs. Squirrels. This lovely couple has not welcomed any children yet.

Who is Will Friedle?

He is often seen playing silly characters and his high-pitched laugh wins the hearts of the public.

Moreover, he is popular for featuring in the TV series Boy Meets World playing the role of Eric Matthews. He did this character from 1993 till 2000 in a total of 158 episodes.

His birthdate is 11 August 1976 and he was born in Hartford, Connecticut, the United States as William Alan Friedle. The name of his mother and his father’s identity is also hidden.

Further, his ancestry is a mix of Irish-German, and has a sister named Rachel Matthews. His two brothers are Gary and Greg who are older than him.

As to his academics, he enrolled plus passed out of Avon High School.

Will Friedle and his fame are related to many animated projects. He has given voices to some hit TV series named Batman Beyond as Terry McGinnis / Batman, Kim Possible as Ron Stoppable/Jonathan Stoppable, Guardians of the Galaxy as Star-Lord, and Winx Club as Nereus.

His other TV projects where he was briefly featured are,

Will has also shown his acting talents in many movies. His performances were praised in,

Will Friedle- Net Worth, Salary

The star cast of the TV sitcom Boy Meets World, Will is keeping himself away from scandals as well as rumors.

Will Friedle has a slim body with a height of 5 ft 8.5 inches and his body weight is average. Adding some more, he has dark brown eyes with dark brown-colored hair.