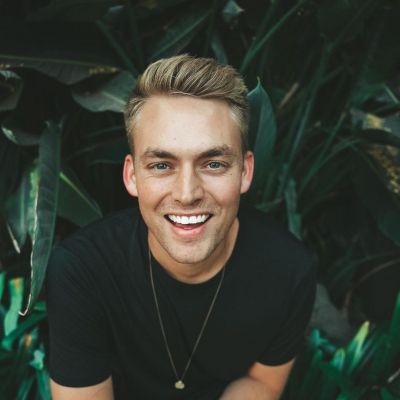 Quick Facts of Will Jardell

Relationship Facts of Will Jardell

Will Jardell is openly gay. He is recently married to James Wallington. The beautiful couple met for the first time in 2014 on America’s Next Top Model.

When they won the CBS competition series, Jardell proposed to Wallington on screen. They had to postpone their marriage three times due to the coronavirus pandemic.

Finally, they tied the wedding knot on December 3, 2021, at the New Orleans Athletic Club. They were the first LGBTQ couple to get engaged on the show.

As reported, they are now preparing for their January honeymoon in the Galapagos and the Amazon

Will Jardell is an actor, dancer, model, and reality television personality from Nederland, Texas. He was the runner-up of the 2014 America’s Next Top Model Cycle 21.

The name of his mother is Keely Jardell whereas his father’s identity is still under review.

Jardell is of American nationality and belongs to mixed (Finnish, Scandinavian, and European Jewish) ancestry.

Talking about his educational qualification, he received a degree in biomedical science and a minor in art and architecture history from Texas A&M University.

He then received his Master of Public Health degree, with an emphasis in global health, from the University of Southern California.

Will made his first screen appearance on America’s Next Top Model Cycle 21 as a contestant. He was against Keith Carlos in the final where he placed as the runner-up.

He then competed in the thirty-second installment of the reality television show, The Amazing Race. Jardell won the show along with his boyfriend James Wallington. He is presently represented by CGEM Talent in Los Angeles.

Similarly, he is signed with Q Models in New York and The Dragonfly Agency in Dallas. Aside from this, he worked as choreographs in Los Angeles, California for MNR Dance Factory. He also worked with Global Environmental Health Lab on research around climate change and its impacts on health in Central Myanmar.

Will has managed to maintain a clean profile. He hasn’t been part of any sorts of rumors and controversy that create a huge buzz in the media.

Will Jardell: Net Worth, Salary

Will hasn’t shared much about his income in the media. His precise net worth, salary, and other earning are still under review.

The model has a lean body with a towering height. He stands at the height of 6 feet 5 inches tall. Likewise, he has a fair complexion.

Will has a green pair of eyes and blonde hair color. However, his precise weight and other boy measurement aren’t available in the media.

He also shares his email id [email protected] for any business inquiries.

Further, he has a YouTube channel under the name Will and James along with his beau James Wallington. The channel has over 26.8k subscribers.