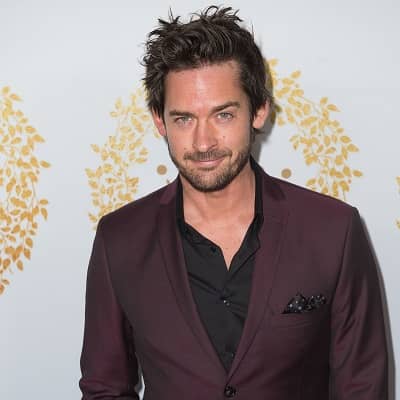 Facts of Will Kemp

Relationship Statistics of Will Kemp

Will Kemp is a married man. His wife is Gaby Jamieson who is a film score composer. They exchanged vows on Dec 31, 2002.

This couple has a son Indigo and a daughter Thalie.

Who is Will Kemp?

Will Kemp is an American actor in both films and TV. He is popular for screen projects like Mindhunters, Step Up 2: The Streets, Reign, and Spinning Out.

He is also a dancer and was associated with a dance company, Adventures in Motion Pictures.

Will Kemp was born as William Kemp on June 29, 1977, in Hertfordshire, United Kingdom.

His mother and father’s names are Rosi Kemp (model) and Barry Kemp (graphic designer) respectively. He has a sister and a brother. However, their names are unknown.

Will belongs to an English ethnic background. Regarding his academics information, he attended the Royal Ballet School and started training in dance.

Will Kemp first entered the entertainment industry with the TV show Great Performances (1998). He was seen in an episode of Swan Lake.

But he is mainly known for his character of Drazen in The Scorpion King 4 (2015) and Blake in Step Up 2: The Streets.

Will Kemp: Net Worth, Salary

This actor has an estimated net worth of $8 million US. According to the sources, an American actor’s average salary ranges from $19k to $210k per year.

This star has not been in any rumors as of now. Similarly, he is also far away from any scandals.

Regarding Will Kemp’s body features, he has hazel eyes and dark brown hair.