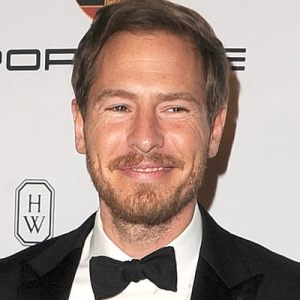 Quick Facts of Will Kopelman

Relationship Facts of Will Kopelman

What is the relationship of Will Kopelman?

Will Kopelman was married to American actress Drew Barrymore. The duo married on 2nd June 2012 and gave a new name to their relationship. However, later in three years of marriage, the couple brought their relationship to an end. In 2016 April, the couple filed for divorce. They have two daughters named Olive Barrymore Kopelman and Frankie Barrymore Kopelman born in 2012 and 2014 respectively.

Who is Will Kopelman?

Will Kopelman is a Hollywood actor known for playing in movies like ‘Intern’ in 2000 and ‘Friendly Fire’ in 2006. Besides, the actor is well known for being the ex-husband of renowned actress Drew Barrymore. The actor is also engaged as an art consultant.

Will Kopelman born on July 7, 1978, is a son of former Chanel CEO Arie Kopelman(father) and Coco Kopelman(mother). Kopelman spent his childhood in New York City.

He grew up along with his sister Jill Kargman. Jill Kargman as of now is a writer and actress who also shared a screen space with him. After the completion of high school, he joined Boston University and later graduated from the university with exceptional grades.

Will Kopelman’s career, salary, and net worth

The actor often spends luxurious life sometimes on the beach and mostly target shooting. Although he hasn’t received accolades or awards for his performance in the movie, his fame and popularity are gradually increasing. Today, the art consultant and the actor has an estimated net worth of $5 million.

Will Kopelman’s rumors, and controversy

Kopelman has a healthy lifestyle and he is often in media light for his outstanding work as an art consultant. He is highly regarded in his career as a consultant however since his divorce news he often is in media vis-à-vis rumors about the divorce. It’s circulated in the media that it’s due to his prior relationship with the actresses led to the couple to file for the divorce. Apart from such controversies, the actor is well known for his acting in the movies and an avid snowboarder.

He has 5 feet 9 inches height. His weight is unavailable. He has brown hairs and light brown eyes.

Will Kopelman has an Instagram account with 1153 followers. He has a social media presence but is not an avid social media user.

Photos of Will Kopelman