(Quarterback for the Clemson Tigers)

Will Proctor is a former football player who played as a Quarterback. Will is married to a television personality Ainsley Earhardt since 2012.

Will Proctor is a married man. He got married to Ainsley Earhardt on October 13, 2012. The pair were married at the All Saints Episcopal Church in Winter Park, Florida, Will’s hometown. 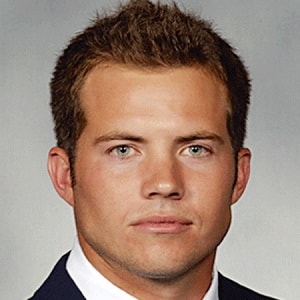 Quick Facts of Will Proctor

Relationship Facts of Will Proctor

Who is Will Proctor?

Will Proctor is a former starting quarterback for the Clemson Tigers at Clemson University.

Additionally, he played as a backup quarterback for the Montreal Alouettes of the Canadian Football League for the 2007 CFL season.

Will was born in Winter Park, Florida, United States on November 3, 1983, as William Franklin Proctor II. Throughout his childhood, he spent most of his time playing football.

Furthermore, he had the support of his parents since his early life to dedicate his life to the game of football. He holds American nationality and his ethnic background is English.

Talking about his education, Will attended Winter Park (FL) Trinity Prep High School based in Winter Park.  In addition, he began playing football for the high school team as well.

Later, he attended Clemson University. He earned his bachelor’s degree in management and finance from Clemson.

Initially, Will began playing as a starting quarterback for the University team. He played three seasons of college football at Clemson. However, he did not play during his freshman year.

Will retired from his career in football in 2009. In September 2012 it was announced that he was hired as a new vice president and “wealth advisor” for Neuberger Berman Wealth Management. Previously, he also worked for Glaxis Capital Management in Sarasota, Florida.

Will Proctor: Salary, Net Worth

Will has not revealed his current salary. He has an estimated net worth of around $ 2 million.

Will has successfully kept his life and career away from the mainstream media spotlight. Currently, there are no rumors concerning him. Furthermore, he has not been involved in any notable controversies throughout his career.

Talking about his body measurement, Will has a height of 1.91m. Additionally, he weighs around 93 kg. Furthermore, his hair color is blonde and his eye color is green.